Jamaicans working in all areas of Bond film

Jamaicans working in all areas of Bond film 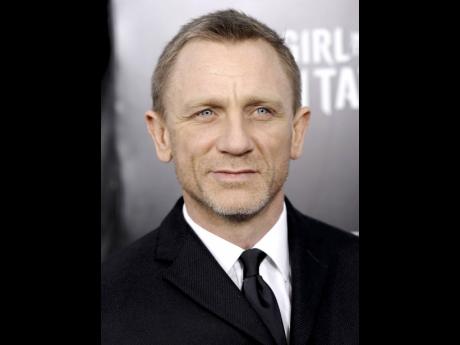 Among the approximately 500 Jamaicans currently employed on the set of the 25th James Bond movie, which has been filming in Portland since the beginning of May, are persons working on the actual production side of the 007 film, along with others filling positions as extras, security, and even paparazzi lookouts.

Stephan Chang of the Jamaica Promotions Corporation (JAMPRO) explained to The Gleaner that the workers on the movie set are basically grouped according to the requirements of the job. “There are several layers of jobs on set. Working on the actual production side are the lighting, sound and rigging crew. We have persons operating cameras, and there are also extras on set,” he outlined, debunking claims that Jamaicans have been given only menial jobs.

While it was revealed that extras were needed for a party scene, Chang was unable to say if any big-name Jamaican actors had landed a role in the movie.

Other Jamaicans employed to work with the production are drivers, caterers, and other service providers. And there are even residents who live close to the coast in Port Antonio who have been handed the crucial job of keeping an eye out for paparazzi-looking types in and around the town and for any such boats.

“This is really just done out of kind[ness],” Chang said, adding that it is the police and other security personnel who are officially tasked with this responsibility.

He revealed that EON, the producers of ‘Bond 25’, as the yet-unnamed film is being called, is working closely with Jamaican company Cinecom Productions Limited, which is leading the charge as it relates to casting for locals, logistics and security.

Cinecom, led by producer/director Natalie Thompson, has been operating since 1975. The Company’s online bio states: “Cinecom is an award-winning producer of commercial advertisements with a dynamic reel of local, regional and international spots. Cinecom has produced documentaries and short videos for numerous clients and were co-producers of the popular music video by Kevin Lyttle, Turn Me On.”

When The Gleaner contacted Thompson, who has been a producer, production manager and consultant on several feature films and television productions shot in Jamaica, including Cool Runnings, Instinct, Treasure Island, How Stella Got Her Groove Back, Passion and Paradise, Third World Cop, Milk and Honey and Prelude to a Kiss, she stated that she was under strict gag orders and could not answer any questions in relation to the production of Bond 25.

“Perhaps you could call back in the next two weeks,” she suggested, hinting that the local side of the production could be wrapping up then.

Daniel Craig is reprising his role as Bond in the ‘Bond 25’ movie, which is set to be released in April 2020.