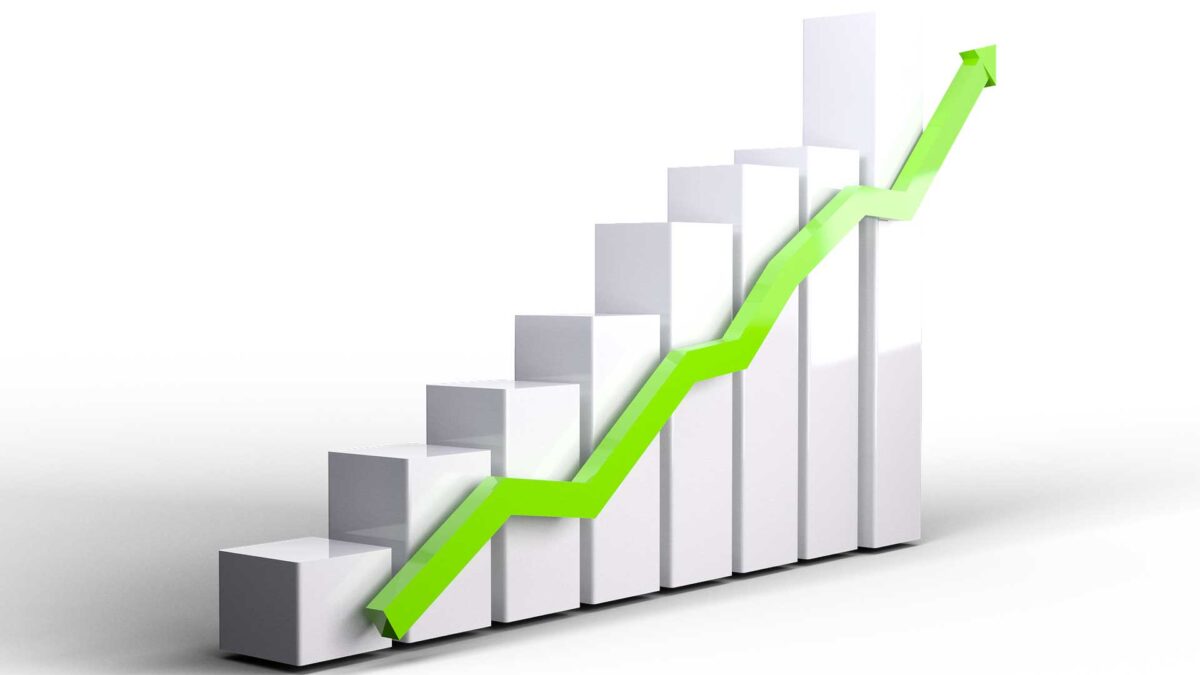 Jamaica’s ‘B+’ rating is supported by World Bank Governance Indicators that are substantially stronger than the ‘B’ and ‘BB’ medians, a favorable business climate according to the World Bank Doing Business Survey, moderate inflation and moderate commodity dependence. These strengths are balanced by vulnerability to external shocks, a high public debt level and a debt composition that makes the sovereign vulnerable to exchange rate fluctuations. The Stable Outlook is supported by our expectation that the public debt level will return to a firm downward path post-pandemic, which is underpinned by political consensus to maintain a high primary surplus, the resilience of external finances, and stronger economic policy institutions.

The general government deficit is projected at 4.3% of GDP in fiscal 2020-2021 (ending March 31) from a surplus of 0.9% a year ago. This deficit compares favorably with the ‘B’ median in 2020 of 7.6%. Jamaica is expected to be one of the few Fitch-rated sovereigns to post a primary surplus (2.6% of GDP). Expenditure growth is projected at only 3.8% yoy (compared to an average of 7.8% between fiscal 2017-2018 and fiscal 2019-2020) as the government reallocated planned capex to pandemic-related support. Revenues declined by a projected 12.3% yoy pushed down by a fall in consumption and the downturn in the tourism sector.

In the budget for fiscal 2021-2022 the government targets a surplus of 0.3% of GDP. A one-off dividend payment of JMD33 billion (1.5% of GDP) from BOJ to the government and the gradual return of tourists due to the vaccine roll out support the fiscal consolidation – Fitch projects a deficit of 0.8% of GDP. The fiscal 2021-2022 target is determined by an amended fiscal rule (after being suspended fiscal 2020-2021) that sets looser, but more realistic targets, in Fitch’s opinion.

In fiscal 2021-2022 the government plans to cover 70% of its funding requirements locally. Fitch judges that local banks will be willing to lend to the government at relatively low rates owing to ample liquidity as supply of government paper has fallen in recent years and the number of local investment opportunities have decreased during the pandemic. External financing will come from multilaterals; the government has stated that it is not planning to issue an external bond in the upcoming fiscal year.

Debt-to-GDP is projected to reach 110.9% by end-March 2021 from 94.8% a year before, largely reflecting exchange rate depreciation and GDP contraction (61% of total government debt is in foreign currency). Fitch assumes that debt-to-GDP will return to a clear downward path reflecting cross-party political consensus around the fiscal stance. The JLP, which was re-elected in September 2020 with a comfortable majority, is committed to fiscal consolidation. Before the pandemic, Jamaica recorded one of the largest primary surpluses of any sovereign rated by Fitch, averaging 7.4% of GDP between fiscal 2013-2014 and fiscal 2019-2020.

Fitch expects that the economy will grow by 4.5% in 2021, with risks to the downside stemming from uncertainty around the vaccine roll out and a possible third wave of the virus. Fitch expects that growth will accelerate in 2022 to 5.2% assuming that the tourism industry will have a better 2021-2022 winter season than the one that is just ending. The GDP contraction in 2020 is projected at 10.2%, much worse than median of the ‘B’-rated peers (4.2%).

External finances were resilient to the pandemic. Fitch estimates that the current account deficit narrowed in 2020 to 0.9% of GDP, from 2% of GDP in 2019 despite a halving of services credits (mostly tourism). The improvement reflected a contraction in imports caused by lower tourism-related products and energy prices, and a jump in inflows from remittances. The 2020 deficit compares favorably with the ‘B’-median of 3.7%. Fitch expects the current account deficit to widen to 1.2% of GDP in 2021, despite an improvement in tourism revenues, as imports increase.

Exchange rate flexibility supports the external sector. The BOJ made limited interventions in the FX market letting the currency depreciate 8% in 2020. In May 2020, the IMF approved USD520 million (3.5% of GDP) disbursed to the BOJ under the Rapid Financing Instrument (RFI), which the government could tap into if the need arises. The RFI funds contributed to an increase in gross reserves by 12% in 2020 and given the import contraction they now provide 7.1 months of current external payments cover, which compares favorably with the ‘B’-median of 4.9 months. Fitch expects that the reserve coverage will converge to the ‘B’-median in 2021 and 2022 as imports recover. The BOJ Amendment Act passed last year makes price stability the only and explicit target of the bank, it also makes the BOJ accountable only to parliament.

The banking sector is well capitalized and while NPLs showed an uptick they remain relatively low. NPLs to total loans in December 2020 were 2.9%, only a minor increase from 2.2% a year earlier. Liquid assets to average prescribed liabilities were above the statutory requirement (19%) in December 2020 at 25.7%.

ESG – Governance: Jamaica has an ESG Relevance Score (RS) of ‘5’ for both Political Stability and Rights and for the Rule of Law, Institutional and Regulatory Quality and Control of Corruption, as is the case for all sovereigns. These scores reflect the high weight that the World Bank Governance Indicators (WBGI) have in our proprietary Sovereign Rating Model. Jamaica has a medium WBGI ranking at 59.9, reflecting its track record of peaceful political transitions, accountability of the government to civil society and regulatory quality.

Factors that could, individually or collectively, lead to positive rating action/upgrade are:

— Public finances: A large and sustained decline in government debt/GDP ratio over the medium term;

— Macro: A strengthening of growth prospects without the emergence of macroeconomic or fiscal imbalances;

— Public Finances: Entrenchment of institutional improvements in the fiscal policy framework that enhance confidence in medium-term economic and fiscal performance.

Factors that could, individually or collectively, lead to negative rating action/downgrade:

— Public Finances: An increase in government debt-to-GDP, for example owing to marked depreciation of the Jamaican dollar or revenues failing to recover at expected rates;

— Macro: Economic growth below expectations caused, for example, by the tourism industry being affected by a third wave of the pandemic;

— External Finances: An inability to access financing or evidence of distressed financing conditions.

Fitch’s proprietary SRM assigns Jamaica a score equivalent to a rating of ‘B+’ on the Long-Term Foreign Currency (LT FC) IDR scale.

Fitch’s sovereign rating committee adjusted the output from the SRM to arrive at the final LT FC IDR by applying its QO, relative to SRM data and output, as follows:

– External Finances: -1 notch, to reflect high dependency on the US economy, exposure to shocks in tourism revenues, relatively high probability of a natural disaster and net external debt that is about twice that of ‘B’ rated peers.

–Macro: Fitch has added a +1 notch adjustment to offset the deterioration in the SRM output driven by volatility from the pandemic shock, including on GDP growth. The deterioration of the GDP growth and volatility variables reflects a very substantial and unprecedented exogenous shock, and Fitch believes that Jamaica so far has demonstrated the capacity to absorb it without lasting effects on its long-term macroeconomic stability. The strengthening of fiscal and monetary policy frameworks contributes to this macro policy notch.

Fitch’s SRM is the agency’s proprietary multiple regression rating model that employs 18 variables based on three-year centered averages, including one year of forecasts, to produce a score equivalent to a LT FC IDR. Fitch’s QO is a forward-looking qualitative framework designed to allow for adjustment to the SRM output to assign the final rating, reflecting factors within our criteria that are not fully quantifiable and/or not fully reflected in the SRM.

The principal sources of information used in the analysis are described in the Applicable Criteria.

Jamaica has an ESG Relevance Score of ‘5’ for Political Stability and Rights as World Bank Governance Indicators have the highest weight in Fitch’s SRM and are therefore highly relevant to the rating and a key rating driver with a high weight.

Jamaica has an ESG Relevance Score of ‘5’ for Rule of Law, Institutional & Regulatory Quality and Control of Corruption as World Bank Governance Indicators have the highest weight in Fitch’s SRM and are therefore highly relevant to the rating and are a key rating driver with a high weight.

Jamaica has an ESG Relevance Score of ‘4’ for Human Rights and Political Freedoms as the Voice and Accountability pillar of the World Bank Governance Indicators is relevant to the rating and a rating driver.

Jamaica has an ESG Relevance Score of ‘4’ for Creditor Rights as willingness to service and repay debt is relevant to the rating and is a rating driver for, as for all sovereigns. Jamaica restructured domestic debt in 2010 and 2013 but continued to service external debt.

Except for the matters discussed above, the highest level of ESG credit relevance, if present, is a score of ‘3’. This means ESG issues are credit-neutral or have only a minimal credit impact on the entity, either due to their nature or to the way in which they are being managed by the entity. For more information on Fitch’s ESG Relevance Scores, visit www.fitchratings.com/esg.