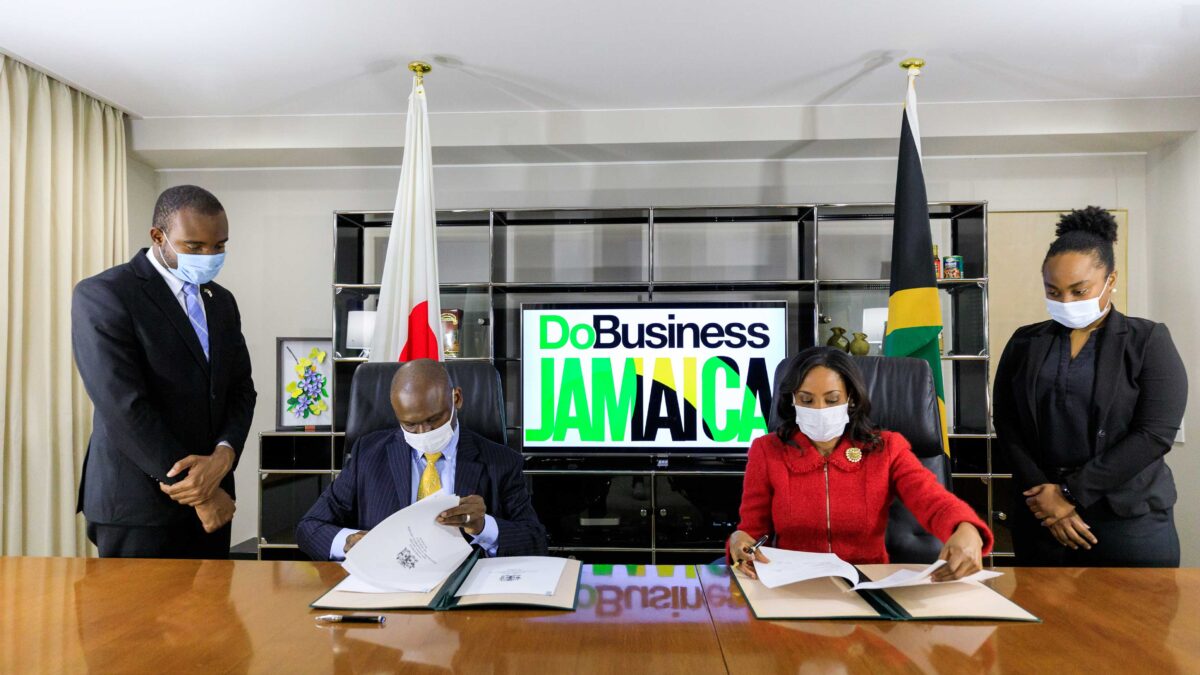 Mr. Reid, who was born and raised in Jamaica, has been tasked with increasing awareness of Jamaican opportunities by supporting business matchmaking activities, promoting investment and trade opportunities, and cultivating strong business relationships in Japan that will benefit the economic growth of Jamaica. The new HIA will also provide insight into the Japanese market.

The HIA initiative is part of JAMPRO and the Ministry of Foreign Affairs and Foreign Trade’s Economic Diplomacy Programme, which is designed to enhance Jamaica’s international visibility as a destination for business.  It includes marketing and engagement activities undertaken by JAMPRO and MFAFT’s Diplomatic Missions and Consular Posts (DMCPs).

The Honorary Investment Advisor will support the EDP by using his extensive experience to engage business networks that can open doors for Japanese and Jamaican economic activity. Mr. Reid has been residing in Japan for over 20 years, and he is currently Partner in Japan Company Visit (JCV) Partners. He has worked in Japan with Bloomberg, Credit Suisse, Japan Advisory, Macquaire Group, SMBC Nikko Securities, Inc, and Deutsche Bank.

Speaking of his appointment, Mr. Reid said, “It is truly a privilege to contribute to Jamaica as an HIA. I look forward to working with Jamaica’s Ambassador to Japan, Her Excellency Shorna-Kay Richards, who has brought focus and energy to connecting and expanding economic opportunities between Jamaica and Japan. I believe that Japan is one of the best choices as Jamaica’s long-term economic developmental partner, and I sincerely look forward to the opportunity to assist in building bridges and supporting the Jamaican Government’s vision and agenda for economic growth and job creation.”

The Ministry’s Permanent Secretary, Ambassador Sheila Sealy Monteith, in welcoming the development said, “We are pleased with Mr. Reid’s appointment, as the utilisation of HIAs is a key element of MFAFT’s economic diplomacy strategy.  It also tangibly reflects the Government of Jamaica’s commitment to broaden its engagement with its Diaspora, and to provide new avenues through which our nationals overseas can fulfil their desire to contribute to Jamaica’s development.”

She added, “We congratulate Mr. Reid and commend his willingness to serve, noting that prior to his formal appointment, he provided invaluable assistance to the Jamaican Embassy in Japan in its efforts to advance Jamaica’s economic outreach to public and private sector interests in that country.  The Ministry looks forward to a productive relationship among all partners, and anticipates that it will reap tangible benefits for our country.”

Diane Edwards, President of JAMPRO,  noted that this new development was key to the success of the EDP. She said, “The HIA initiative represents an important step in strengthening the Economic Diplomacy Programme, as it means we will have more persons in our target markets working to increase knowledge of Jamaica, and to promote the island as a business destination.”

Ms. Edwards went on to say, “With this in mind, we are therefore pleased that Mr. Reid has signed on to support the programme, and give back to his country with his wealth of business experience in Japan. JAMPRO and the MFAFT will continue this initiative in other international markets, and we believe that this is the right path to increasing international business for Jamaica.”