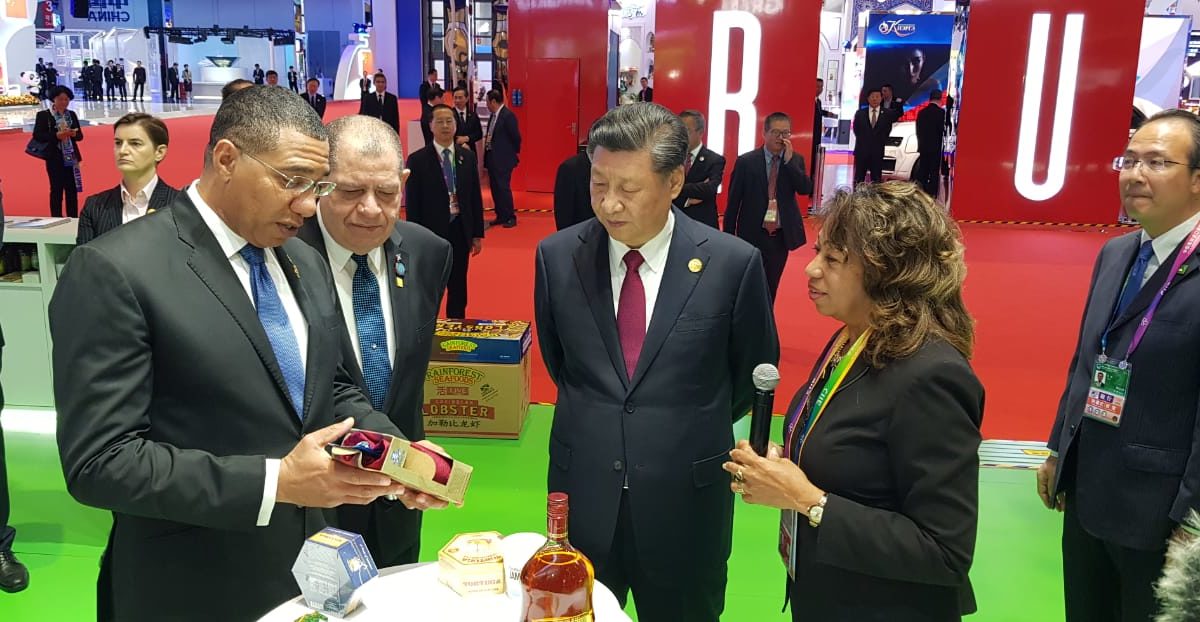 Brand Jamaica was highlighted to the Chinese public and private sector attendees at the China International Import Expo (CIIE), which kicked off on Tuesday (November 5) in Shanghai, China.

The expo, which is held yearly, began with an official opening ceremony that featured China’s President Xi Jinping as its official keynote speaker.  The president later visited Jamaica’s booth at the event accompanied by the Prime Minister Andrew Holness, as the island was selected as a guest country of honour at this year’s staging of the CIIE.

Jamaica’s key sectors, including logistics, infrastructure and agribusiness, received promotion as opportunities to do business in the island, and export-ready products were also displayed to increase exports of Jamaican products to China.

The Jamaican delegation on mission in China has sought to use the event as a platform to establish and build existing relationships with key stakeholders in the region.

On site was a Jamaican Pavilion booth, which gave a true Jamaican experience as it highlighted key Jamaican products such as Jamaican Blue Mountain Coffee, Appleton Rum, banana chips, jerk sauces and porridges. Jamaica’s reputation as one of the premier global destinations for investment continues to rise, as discerning entrepreneurs increasingly seek to capitalise on exciting business opportunities that abound in the country.

Hosted by the Ministry of Commerce of the People’s Republic of China in partnership with the World Trade Organization, United Nations Conference on Trade and Development and the United Nations Industrial Development Organization, CIIE is expected to attract representatives from over 100 countries and thousands of domestic and foreign professional buyers.

Holness in responding to the interest shown to his country moved to assure China of Jamaica’s cooperation in economic development.

In a video release from his office, the prime minister said that since 1854 the Chinese community in Jamaica has remained fully integrated into the country’s economic fabric.

“Jamaica has benefitted from China’s support in several areas including human resource, capacity-building in areas of education and training as well as scores of Jamaicans benefitting from training in the areas, of agriculture, security, logistics, medicine and urban planning in China,” Holness stated.

He further noted that some 16 Chinese companies registered in Jamaica have already invested more than US$3 billion in the country’s economy.

He also noted that Jamaica shares China’s aspirations for a more “open, inclusive and balanced economic globalisation for the common development and prosperity of all countries, as well as the need to make the economies resilient to climate vulnerabilities and economic shocks”.