Bond back in Ja

Bond back in Ja 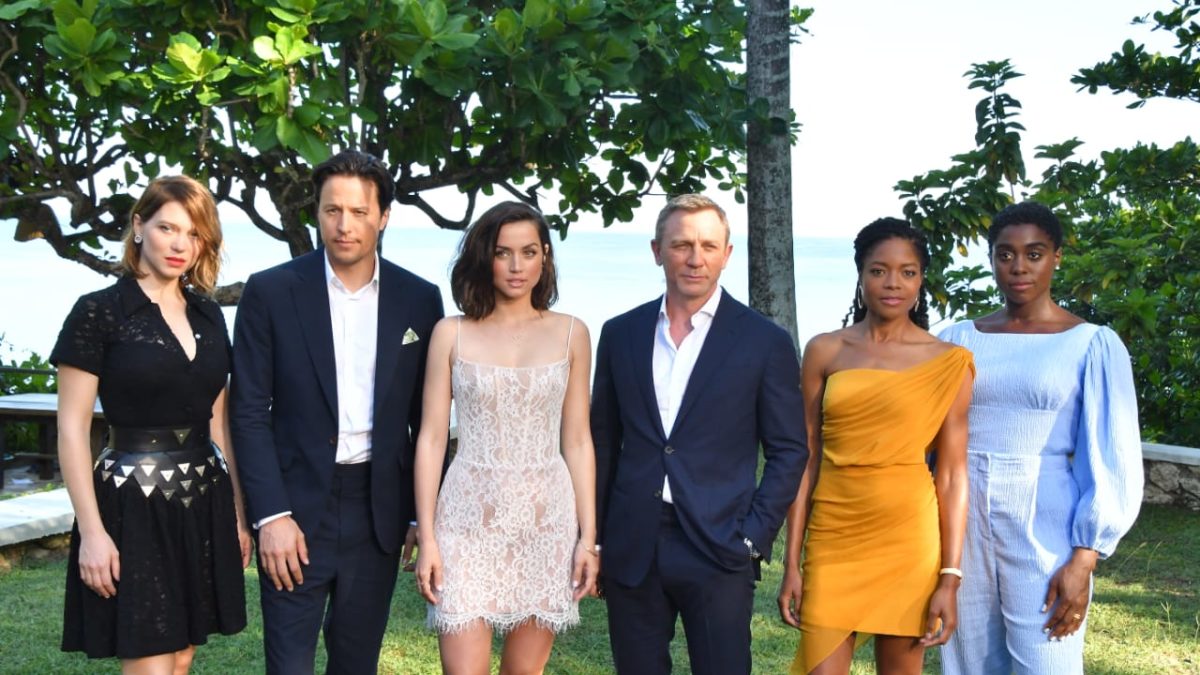 As many as 500 Jamaicans are expected to be employed during filming of the 25th James Bond movie for which production kicks off on Sunday in Portland.

The world’s most famous film franchise was launched yesterday at iconic Golden Eye resort in St Mary. It is the former home of James Bond creator, British author Ian Fleming, where he wrote the 12 novels and two collections of short stories and introduced the suave super sleuth.

Jamaica and James Bond have an inextricable link. The first film Dr No (1962), and Live and Let Die (1973) were shot here. Jamaican actors including (the late) Reggie Carter, Marguerite Lewars, and Grace Jones have had screen time in Bond flicks.

That tradition continues as two of the actresses in the new film, which is still untitled, have Jamaican heritage. English actress Naomie Harris, who is appearing in her third Bond movie, has a Jamaican mother, while newcomer, English-born Lashana Lynch’s parents are Jamaican.

The Jamaica Observer had a brief exchange with Lynch following the launch. She confirmed in an authentic Jamaican accent that her parents were from Spanish Town and this was not her first time on the island.

“No sah, not my first time… Mi jus a come een an integrate inna di ting,” she joked.

For Barbara Broccoli, Jamaica and Bond are part of her creative DNA. In 1961, as a baby, she was on the set of Dr No, as her father Albert was producer. She is in a similar role for the new film.

“We particularly wanted it to be in Jamaica because of the history, because of Ian Fleming and what Jamaica represented to him and why it was Jamaica and he came to to create. I really feel like this is the vision of a perfect world… this is paradise,” she noted.

Principal filming in Jamaica is expected to continue until late May, in the Corporate Area and Portland.

According to Film Commissioner Renee Robinson, the work to bring Bond 25 to Jamaica has been several months in the making.

“It started out with a variety of meetings with the production team identifying locations, identifying local production management who could be a part of it. They did several location scouts even before there was any confirmation around the island making sure that what they wanted was in fact available here and also that the country and the ecosystem had the capacity to host the film,” she said.

“Some of the numbers are still coming in, but I know already that the projection is that there will be over 500 Jamaicans hired on this project whether from the technical and production standpoint, and of course working as extras. Then there is the additional economic impact anytime there is a production of this size coming into the country; there is the need for things like drivers and transportation, hotels, catering, and so on, in addition to the actual personnel who will work on the production,” she continued.

Filming has already been done in Norway, with additional production scheduled for Italy and London. The film will be released on April 3, 2020.