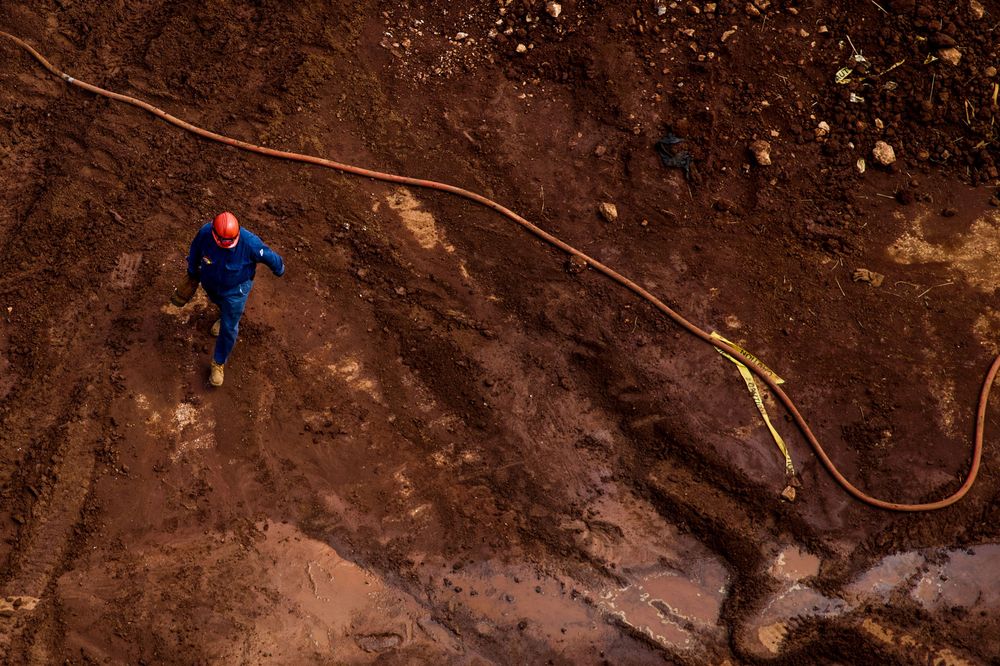 Record alumina prices have drawn in new investments, fueling a resurgence in the industry.

There’s nothing new-fangled about bauxite mining in Jamaica.

The railcars that shuttle thousands of tons of ore from the hills to Discovery Bay on the island’s picturesque north coast are the very same ones used by the once-giant American company Kaiser Aluminum, which started mining here in 1967. Under a layer of red dust, they still read “Kaiser Bauxite Co.”

Yet this 50-year-old facility is at the leading edge of a revival of the mining industry, turning Jamaica’s red earth to gold for a new set of investors from hedge fund luminaries to commodity traders.

They’re benefiting from a panicked realization across the aluminum industry that the supply chain — which involves processing bauxite ore into alumina and then into aluminum — is fragile.

Alumina prices oscillated wildly in the past year, touching record highs on the disruption of the world’s largest plant in Brazil and concerns over sanctions on United Co. Rusal. Traders gathering at the Fastmarkets IM Bauxite & Alumina conference this week in Miami are still on edge.

“This was an undervalued part of the production chain,” said Mark Hansen, chief executive of Concord Resources Ltd., a trading house which last year bought a minority stake in New Day Aluminum Holdings LLC, the parent company of the bauxite mine on Jamaica’s north coast. “Jamaica has several strategic advantages that had been overlooked on the downcycle. It has come full circle from where it was five years ago.”

Other investors pinning their hopes on the Jamaican alumina industry include:

The Jamaican bauxite and alumina industry has a rich history in the world of commodities. It even played a cameo in the James Bond film “Dr. No,” whose island lair was filmed at a Jamaican bauxite terminal. In the 1960s and early 1970s, the island was the world’s largest bauxite producer and one of the top makers of alumina.

In the 1980s, it was a key driver of the growth of Marc Rich & Co., the company that became Glencore Plc. When Rich wanted to cement his position in the country, he went as far as helping to pay for the Jamaican bobsled team whose participation in the 1988 Winter Olympics was depicted in the film “Cool Runnings.”

But rising oil prices and depressed aluminum markets took their toll, and several of Jamaica’s alumina plants were idled in the 2008 financial crisis.

In 2016, Noranda, which owned the bauxite facility at Discovery Bay, filed for bankruptcy. “At one time, the facility was days away from complete shutdown,” says Delroy Dell, general manager at the mine. “There was a lot of anxiety.”

Now things are turning around. The mine, which was bought out of bankruptcy by New Day Aluminum together with an alumina refinery in Louisiana, is planning an 40 percent increase in production this year after signing a supply deal with a Chinese company, Dell said.

Elsewhere on the island, Chinese group Jisco, which bought the mothballed Alpart plant from Rusal, is looking to expand.

And at Jamalco, Noble and its new shareholders are looking for ways to crystallize their investment. The company says it’s considering an IPO. It’s also been informally sounding out potential buyers for the plant, according to people familiar with the matter.

The timing may be good as Trump’s tariffs boost U.S. demand for alumina, while concerns about supplies from Brazil keep the alumina market tight.

The impact is being felt on the Jamaican economy. The economy grew last year to its strongest since 2006, according to Fitch Ratings. Mining accounted for 1 percentage point of Jamaica’s growth of 1.8 percent in the third quarter of 2018, Fitch said.

After nearly a decade of support from the International Monetary Fund, the country is planning to exit its IMF program later this year, according to Finance Minister Nigel Clarke.

“Things are looking better,” says Parris Lyew-Ayee, who’s spent his career in the Jamaican mining industry, most recently as executive director of the Jamaica Bauxite Institute. “I don’t think we’ll ever get back to the glory days. But I think there will be good days ahead.”