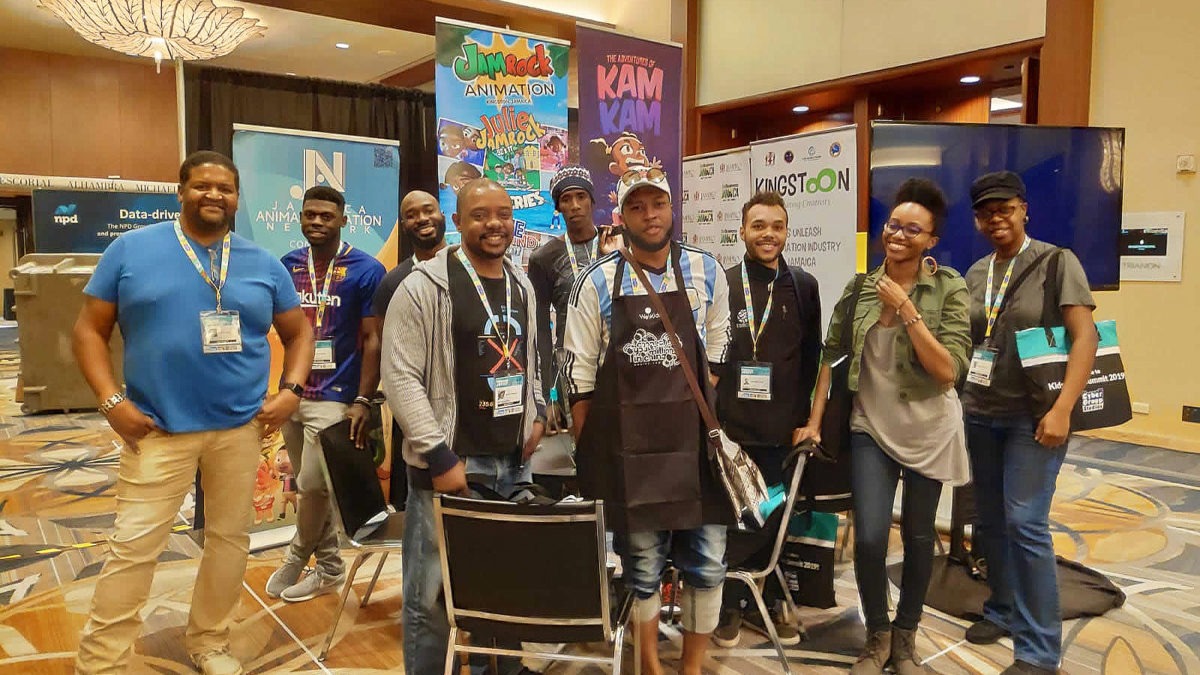 Jamaican Film and Animation studios participated in the Kidscreen Summit, an event focused on facilitating business in the global children’s entertainment industry. The film industry promotion mission was part of the Business of Sustainability for Studios (BOSS) Programme, an initiative of the Youth Employment in the Digital and Animation Industries Project (YEDAIP) in the Office of The Prime Minister (in collaboration with the World Bank) and is being implemented by JAMPRO. The mission ended on February 15.

Kidscreen Summit is hosted annually as a gateway event into the entertainment industry, with focus placed on animation and other digital content produced for children and young adults. The conference welcomes more than 2,000 attendees from 50-plus countries, including digital media content creators and distributors, producers and many others.

The delegation networked with international industry influencers, as they sought to promote Jamaica’s animation and film content, and to build relationships for content distribution and investment opportunities.

BOSS aims to groom production studios and nurture creative entrepreneurs to grow their businesses into sustainable and profitable animation production entities, as well as to build Jamaica’s capacity to take full advantage of the global animation and gaming industry. The programme will provide business enterprise skills and market access for local content creators to drive employability and entrepreneurship in the local market, with a view to tapping into this growing global industry.

According to Robert Reid, Animation Specialist at YEDAIP, this year’s attendance at Kidscreen Summit was a significant milestone for the local animation community as the Jamaican delegation had increased presence at the event, with stronger portfolios to display. He said, “This third delegation of creative business owners to the Kidscreen Summit took with them a stronger portfolio of local Intellectual Property than in previous years. The quality of the work is significantly improved over last year in quality, quantity, diversity and global appeal. Consistent attendance and presence in international markets such as this, is important in demonstrating to the global animation community that Jamaica is indeed serious about the growth and development of the local industry and its potential place in the international market.”

Film Commissioner Renee Robinson agreed with Reid, and said that JAMPRO is thrilled to collaborate with OPM /YEDAI and the World Bank, to lead the national delegation to the Kidscreen Summit. Robinson explained that, “The BOSS programme has allowed us to expedite global business opportunities for the selected companies, and we anticipate that our participation at these targeted markets will develop and bear fruit into partnerships and contracts.”

Reflecting on Jamaica’s presence at the event, the film commissioner also noted that for the first time, the island was invited to participate in a panel discussion that focused on partnership opportunities in emerging territories. She said “We were able to highlight the benefits of working with Jamaican production companies and doing business in Jamaica as a whole. This is an excellent development, and is indicative of the increased awareness of our presence from ongoing and consistent market attendance. We can only move up