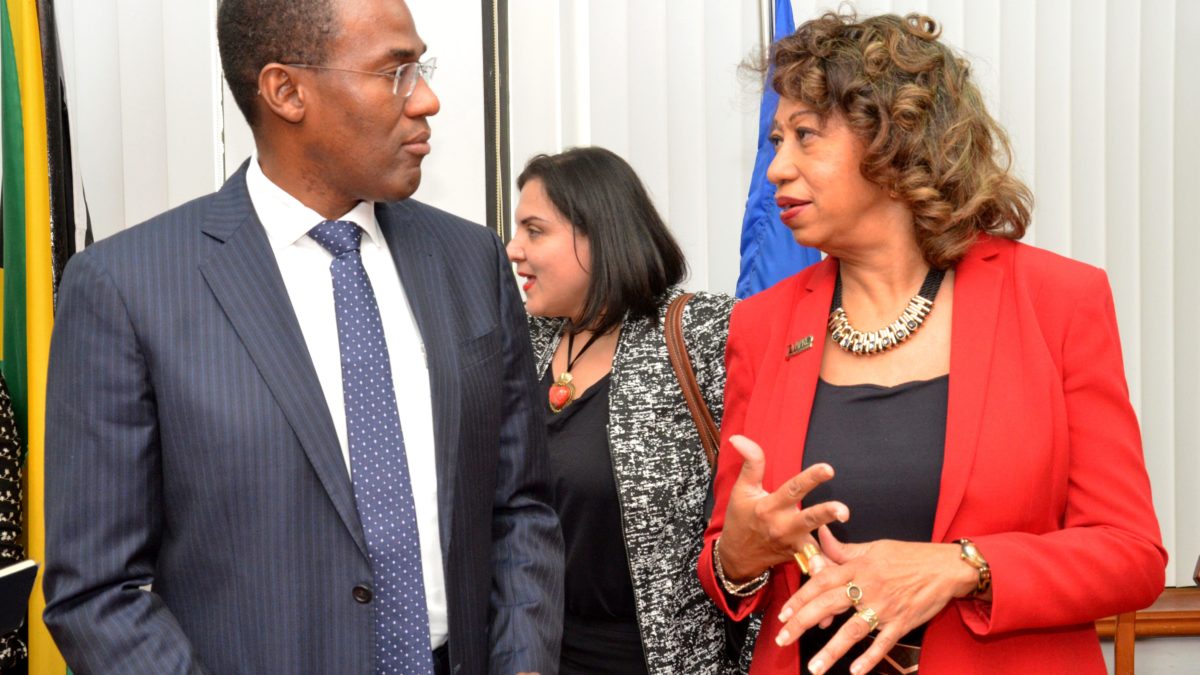 The Government has signed a US$15-million loan with the Inter-American Development Bank in a drive to further expand the country’s business process outsourcing sector.

Speaking at the signing of the loan agreement at his Heroes Circle offices in Kingston on January 24, 2019, Finance Minister Nigel Clarke noted that the sector is on a trajectory to expand to 40,000 jobs by next year.

The loan will facilitate state-of-the-art training for workers in modern technology as well as strengthen institutions to make the local BPO environment more attractive to investors under Skills Development for Global Services, a programme to be executed by JAMPRO in collaboration with the HEART Trust/NTA and the Ministry of Education.

Sagicor Chairman Richard Byles, who last year voiced concerns that the BPO sector was generating mainly low-paying jobs, hailed the new developments as “a move in the right direction”.

The president of the Private Sector Organisation of Jamaica, Howard Mitchell, who said yesterday that he had sided with Byles when he made the statement about the sector needing a boost, is also welcoming the initiative.

“I expect that a substantial part of it will be set on developing our young people who have the skills in accounting, law, and those who have medical skills, and to utilise them in that aspect of the industry. It will go a far way in adding value to our services. There are some 240 lawyers produced every year. There are some 300 doctors who graduate every year. I know there are young people with first degrees in accounting and finance but have no jobs. This, hopefully, will provide the scope.”

If all goes well, Edwards said she would want to see “Jamaican descendants returning home to participate in a vibrant tech sector”.

“A lot of people think that this is an unskilled industry. It is not! It requires highly skilled people, and that is the focus of the programme – to open up a world of opportunities for Jamaica to grow exponentially in the sector. The Fourth Industrial Revolution is not coming. It is here. Driverless cars, smart homes, telemedicine, and the robotic process automation, all these are already a reality in developed countries.”