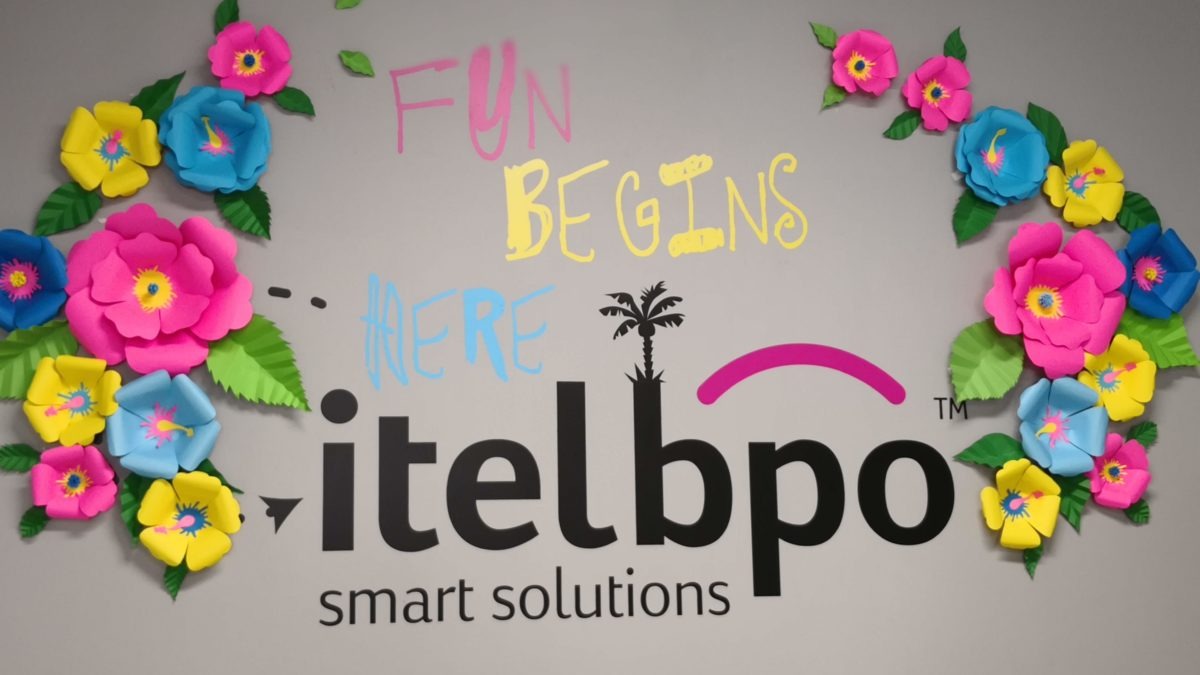 Day two of our Jamaican sojourn and we’re in Montego Bay.  Many of the figures on Jamaican economic growth and particularly the ambitions cited by the Minister at the Jamaican Investment Forum’s introduction this evening (the UK is six hours ahead so we still think it’s Tuesday) are mind-blowing but we’ll leave those until the publication of our report in a few weeks.

A smaller story than turning the entire country around is the Jamaican BPO industry, which isn’t quite on a global scale but which is growing at a pace. A party of journalists was taken around itelbpo today and it caught our attention for a number of reasons. First the apparent irreverance – the picture shows the signage that greets employees on their arrival to work every morning, there are fire hoses disguised with clever graffiti to look like headsets and the staff genuinely seem to have fun; second because human capital director Michelle Yeo had no problem admitting it was largely inspired by Google. You have no idea how many executives try to wriggle out of the “you took this idea from someone else, didn’t you” question – the openness was refreshing.

As was the determination to make the employees happy, to reduce attrition, to pay people fairly but ensure it’s not all about money. The location certainly helps make the company an appealing employer; assuming the passion it shows in approaching its workers as people rather than economic units is genuine, it’s no surprise that it’s become a leading choice for companies in America wanting to look at nearshoring.