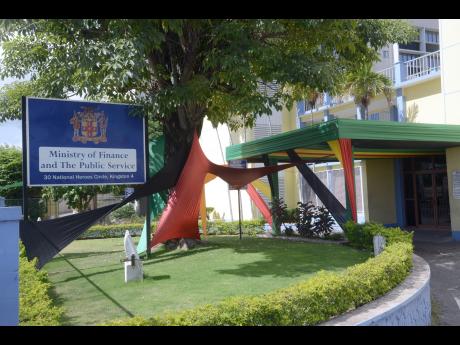 Fitch Ratings agency has affirmed Jamaica’s long-term foreign and local currency issuer default ratings at ‘B’ and revised the outlook from stable to positive.
The rating was predicated on improvements in the macroeconomic and fiscal indicators, the Ministry of Finance said in a release.
They were also supported by the country’s structural strengths such as relatively high income per capita and social indicators, policy consensus and relatively strong institutional capacity, it added.
The Fitch report highlighted that macroeconomic stability continues to improve and the public debt-to-gross domestic product (GDP) ratio continues on a downward trajectory.
The ratings agency findings were also based on the belief that government is on course to record another primary fiscal surplus of around 7.0 per cent of GDP for fiscal year 2017/18, which is equivalent to an overall balanced budget.
The ratings also reflected the appreciation of the Jamaican dollar relative to the US dollar, the lowering of the Bank of Jamaica benchmark overnight rates, the sustainable path of external finances, and improvement in external liquidity.