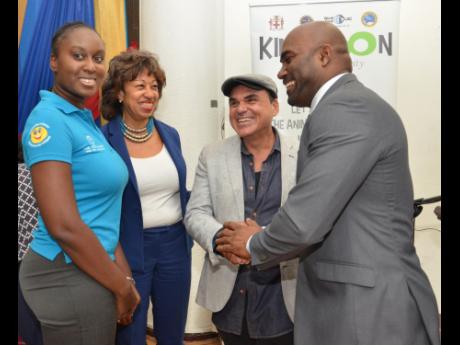 The Jamaica Promotions Corporation (JAMPRO) is looking forward to upcoming film projects in 2018 as the Film Commission plans to execute targeted strategies for the development and the promotion of local productions.

These projects include Storm Saulter’s sophomore feature film, Sprinter, as well as the continued facilitation of international projects like Idris Elba’s directorial debut, Yardie. This will premiere at the upcoming Sundance Film Festival. Other projects include the adaptation of Marlon James’ A Brief History of Seven Killings.

In 2018, JAMPRO’s Film Commission will be focusing on creating more jobs for Jamaicans working in the screen-based industries, stimulating financing and routes to market for commer-cially viable creative content, and legitimising the ecosystem to reflect global best practices and greater competitiveness.

JAMPRO also continues its support of the JAFTA PROPELLA film development programme, with the filmmakers attending the Clermont-Ferrand International Short Film Festival in France in February to promote their films for international distribution. The annual Open House will be hosted in the coming weeks, both in Kingston and Montego Bay, to outline the 2018 plans.

Film Commissioner Renee Robinson said that growing the film industry was a critical part of JAMPRO’s strategy for economic development in Jamaica, due to the opportunities for employment, content creation, and wealth creation opportunities in ownership of intellectual property.

Robinson said, “The Jamaican film industry is experiencing a renewal and we are on the cusp of breaking through significantly. We are currently in discussion with several key international projects for destination filming, including the adaptation of Marlon James’ Booker prize-winning A Brief History of Seven Killings, as well as facilitating local production such as Colin Don Rose’s So Enticing.”