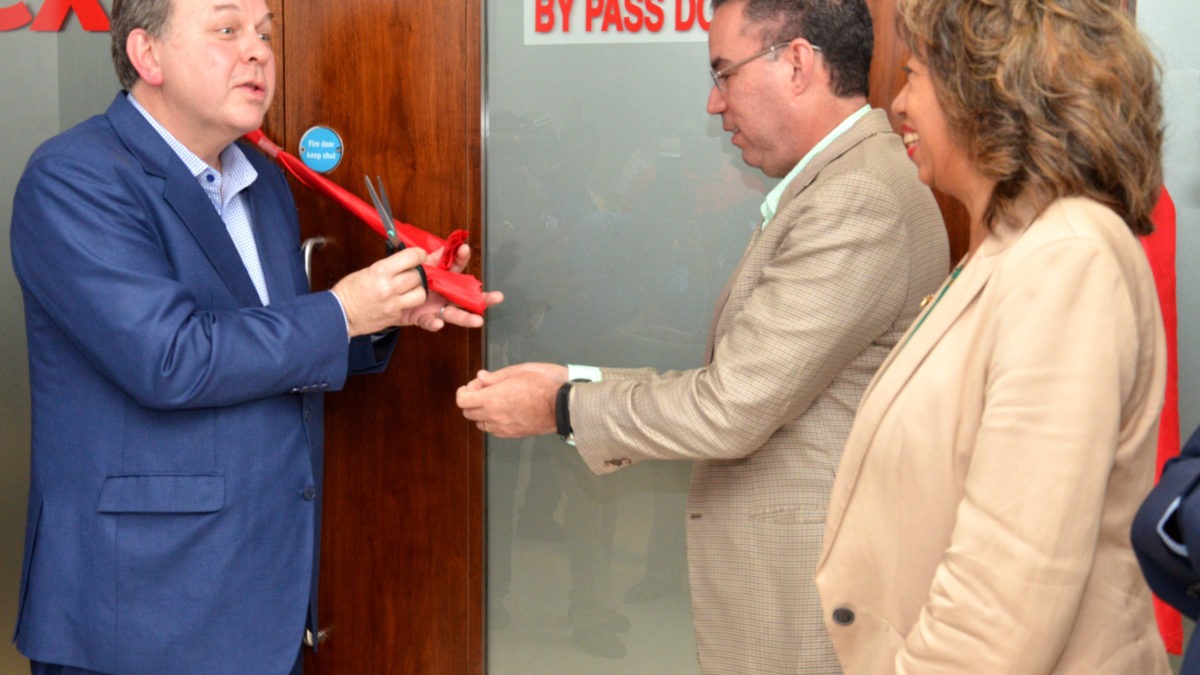 Chief Executive Officer (CEO) of Ibex Global Bob Dechant announced that the company was still committed to its goal of creating 5,000 jobs in Jamaica. Dechant made the comments at the launch of Ibex’s Caribbean and Latin American headquarters in downtown Kingston last week.

Dechant said that he made the commitment to Prime Minister Andrew Holness in 2016, and that Ibex was well on its way to meeting the goal , with 2,500 jobs created in Portmore and Kingston. He described the new waterfront centre as one of the best in the region. The new Ibex waterfront facility, located in the Digicel building, has 50,000 sq ft and more than 1,000 seats.

Ibex will also be expanding to a nearby location, which will house its recruitment and training hub. The centre represents an additional investment of US$1.5 million by the company. The CEO said that the company’s rapid expansion in Jamaica was due to partnerships with local partners PROVEN and Digicel, and support from Jamaica Promotions Corporation (JAMPRO) and the Jamaican Government. He emphasised his passion for the Jamaican market and the people, and lauded the performance of Ibex Jamaica’s staff, saying that they were a significant part of Ibex’s growth.

President of Jamaica Promotions Corporation (JAMPRO) Diane Edwards expressed happiness for the success of Ibex’s newest facility in Kingston. She said that the agency was proud of the Ibex investment and its rapid expansion.

Edwards said that JAMPRO’s vision for Jamaica was one where the country leads the digital landscape in the region, and this vision includes a robust ICT and BPO sector. “JAMPRO is really excited about the opening of Ibex Waterfront and all the other companies that have chosen Jamaica for their BPO operations,” Edwards said. “This is not just because of the contribution they are making to the BPO industry in Jamaica, but because of the opportunity they are affording our young people to secure their first job and to learn the disciplines of the modern workplace.”