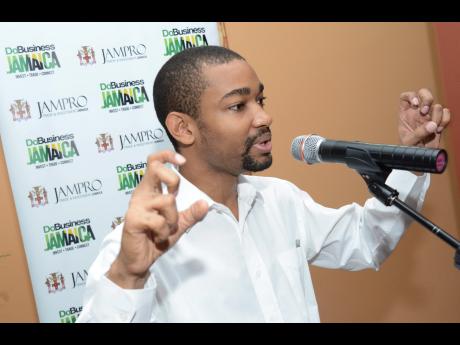 The Jamaica Castor Industry Association (JCIA), working with Jampro, is hoping to tap into a growing market for Jamaican black castor oil and commercial grade castor oil, which has a prospective value of US$100 million or more.

Mechanisation, the presenters said, would improve margins, reduce inefficiencies and promote consistency of quality among providers.

Castor oil has commercial and cosmetic applications and India is the world’s largest producer. Jamaican black castor oil is mainly used for personal care. Interim president of JCIA, Joel Harris, told Gleaner Business the commodity is in demand by communities of African descent and Latino markets mainly for cosmetic purposes, inclusive of hair growth and skincare.

“Research shows a demand of between US$100 million between the United States and the UK, and US$200 million in Africa,” he said.

Jamaica is targeting a niche market for Jamaican black castor oil which is internationally known, Jampro vice-president of exports and market development, Robert Scott, said at the workshop.

JCIA is seeking to grow the number of Jamaicans involved in the production of black castor oil, while attempting to corral those in the market into participating in a more streamlined production process to improve product quality.

Jamaican black castor oil is distinguished by its dark colour, which results from roasting of the bean.

The traditional method of extracting the oil features a manual process of picking, threshing, roasting, boiling, beating the bean to a pulp with mortar and pestle and then boiling to obtain the oil.

Mechanical processes include a crop drier, thresher, rotary roaster, motorised grinder and hydraulic oil press. It increases the amount of oil obtained from the beans from 19.42 per cent to 38.84 per cent, said workshop presenter Noel Terrier, who is also a JCIA trainer and CEO of Temple Foods in Portland

Further, the caked material produced can be used for biofuel, either to be sold or used as an energy source for the black castor oil producer, he said.

‘This is a golden opportunity to get it right,” Harris said at the workshop, adding that the association will be able to attract funding once members are adequately trained.

Literature from Jampro states that the standardisation of castor oil production “has become the number one objective in negotiating trade agreements with foreign and local enterprises that can generate thousands of job opportunities and additional revenue generation.”

The workshop aimed to educate oil producers on leading industry standards for oil processing as well as tap into their knowledge for the benefit of the collective.

JCIA comprises 120 individual members and community group heads. The group is also hoping to find more individuals to farm the bean or collect it in the wild.

Harris’ own company, Shavuot Limited of Winters Pen in St Catherine which also does herbal teas and spices under the Shavuot brand has been manufacturing Jamaican black castor oil for two years, producing two 55-gallon drums on a monthly basis.

He said that having invested $3 million in the start-up for the castor oil segment, the operation became profitable after two months.