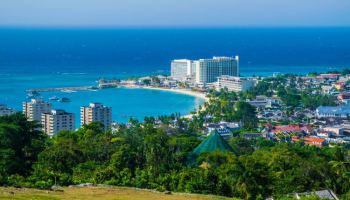 In its  “Island Economies of the Future” report released on June 12, 2017, Financial Times’ investment publication fDi Intelligence has recognized Jamaica as the top performing island economy globally in business friendliness, and top ten in connectivity, human capital and lifestyle.

fDi intelligence noted BPO, tourism, agriculture and logistics as Jamaica’s strongest sectors, and said that the country’s government is working to expand the road and highway network, which is critical to attracting high value investments and improving Jamaica’s overall economic performance.

According to JAMPRO President Diane Edwards, the Agency has been working with local and international partners to improve Jamaica’s business environment. She cited JAMPRO’s work through the National Competitiveness Council (NCC), and the Agency’s intensified marketing strategy as the reason for the country’s improvement in international investment rankings.

Ms. Edwards said, “Investors value an environment and government that is ready to do business, and is continuously improving logistics and talent capabilities. We’ve been working on both, and have reorganized the Agency’s operations to include more targeted marketing, collaboration with international partners in promoting Jamaica in key markets and an overhaul of the Agency’s approach, adding innovative techniques in attracting investments. We have also connected with local agencies such as the Development Bank of Jamaica and HEART Trust NTA to further the development of our local talent and projects. We see this paying off and we believe Jamaica will perform even better on future rankings as we continue to develop the country’s business brand.”