For The Reckord | Active 2016 For J’can Film Industry

For The Reckord | Active 2016 For J’can Film Industry 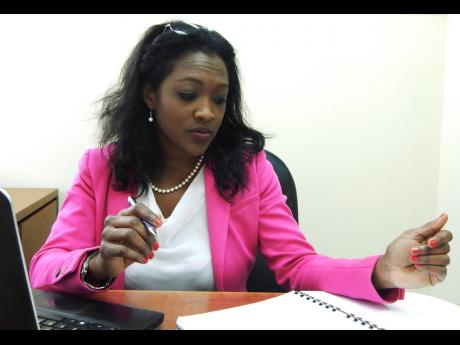 This is the first of a two-part article about Jamaica’s film industry. Part two will appear next week.

“A lot happened last year,” JAMPRO’s film commissioner Renee Robinson told me recently, reviewing her first year in the job, which began on February 1, 2016. She said the high point was her leading a 20-strong Jamaican delegation on an event-filled visit to the Toronto International Film Festival (TIFF) in September.

The 10-day TIFF is one of the top five festivals globally. The others are the Berlin, Cannes and Sundance festivals and the Venice Biennale.

The momentum started in 2015 with the very successful Jamaica Film Festival and shooting of the Nick Cannon film King of the Dancehall in Jamaica. Both were facilitated by then film commissioner Carole Beckford. Many spin-offs flowed from the festival, Robinson said. Jamaican filmmakers made a number of useful contacts with their international counterparts and King of the Dancehall was accepted for showing at TIFF.

Among those attending TIFF were five film-makers who came out of another big 2016 project, Propella, organised by JAMPRO and the Jamaica Film and Television Association (JAFTA). Components of the project included selection of scripts for the short films; production of the films (with funding from CHASE); training of the film-makers in scriptwriting, directing, festival strategy, and dealmaking; and showing of the films at the Trinidad and Tobago Film Festival in September.

Also in the Jamaican delegation, Robinson said, were executive producers, production managers, personnel from Television Jamaica (TVJ), people working on their own independent productions and some Jamaicans who were producing outside of Jamaica (in Los Angeles and New York), who returned to be part of this delegation.

“At TIFF, there is something for everyone,” Robinson said. “Many people working on their own projects were able to meet with potential producing partners, and we had people who were looking to co-produce with Canadian partners. We also had different types of market meetings and business meetings with financiers, distributors and producers. It is important that we develop these relationships with international festivals and with trade markets. The more that we go into markets, the more we build relationships with the people who are leading these markets, the better for us.”

The delegation also had meetings with the Canadian Film Commission, as well as the British Film Institute about possible co-production between Jamaica and the United Kingdom. Additionally, there was a festival strategy workshop with an internationally known film and distribution strategist about film festival cycles, what festivals are looking for and how to get films distributed.

“We took a space on the main promotion floor at TIFF and there were representations from almost 40 different countries. We were visited by Executive Director of TIFF Piers Handling, who doesn’t normally do that sort of walk-through, and by the artistic director for the TIFF group, Cameron Bailey, a Barbadian,” Robonson said.