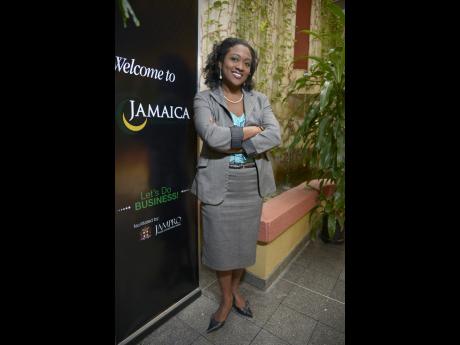 Recently, the Jamaica Film Commission and the Creative Industries Unit hosted an Open Day exercise in the JAMPRO business auditorium, to explore and seek solutions for issues impacting the development of Jamaica’s creative industries with stakeholders, practitioners and government representatives.

Renee Robinson, Jamaica’s film commissioner, made the first presentation, where she relayed a general plan of action for the development of the local film industry. In her presentation, Robinson communicated a reimagined mandate. When it was established in 1984, the Jamaica Film Commission was more focused on attracting international production teams to take advantage of the island’s tropical landscape and to use the vibrant culture as a backdrop.

Now, the commission is mandated to build global relationships and realise business opportunities for the local film industry. Robinson said that the realisation of this mandate will happen through the facilitation of activities that increase investment, export and employment.

“The mandate has changed emphasis to focus on the development of a local content ecosystem,” Robinson said. From this mandate, has developed a strategy framework.

Instead of reaching outwards for international productions using the Jamaican landscape as a backdrop, the Jamaican Film Commission is making efforts to entice local film professionals to hone their craft on the island. Robinson suggests that visible steps have been taken within this framework.

In their own effort to encourage a financial support system for local film-makers, JAMPRO, in collaboration with the Jamaica Film and Television Association, developed PROPELLA! Through a blind selection process in April of last year, the two entities, supported by the CHASE Fund, granted five film-makers $500,000 each to produce short films. Twenty-two scripts were submitted and five finalists were given the opportunity to lift their stories from page to screen.

“We’re pushing to mainly get the incentive structure in place. Historically, there were incentives, and they were all taken away under one big omnibus system that said no incentives,” Zachary Harding, CEO of Hyperion LLC and JAMPRO board member, told The Gleaner in an interview recently.

According to Robinson, the initiative will be revived and will, through traction, help in the development of the film sector.

From the PROPELLA! project, the five film-makers, among the 20-person strong delegation, travelled to the Toronto International Film Festival (TIFF) and the Trinidad and Tobago Film Festival (TTFF) in September 2016.

The film-makers had the opportunity to premiere their work at TTFF, as part of PROPELLA!, almost immediately after attending TIFF, where the delegation networked with international producers and other film commissions. JAMPRO’s aim was to use the festivals to provide international exposure for film-makers, as well as to present Jamaica as a filming destination and content creation leader in the Caribbean.