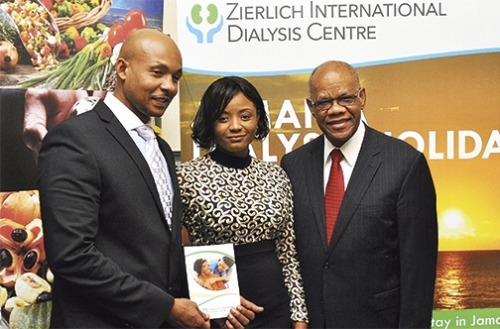 LONDON, England – Jamaica’s High Commissioner to the United Kingdom Seth George Ramocan says Jamaica has a competitive edge in attracting investment in medical tourism. This, he said, is based on the ability to provide quality medical services at an affordable cost.

“Jamaica’s burgeoning dental sector provides services at relatively lower cost for equal quality of care, and Jamaica’s diagnostic service offers a range of imaging and blood services at a significantly reduced cost,” he pointed out.

High Commissioner Ramocan was speaking at the UK launch of the Montego Bay-based Zierlich International Dialysis Centre at the Jamaican High Commission in London, recently.

In welcoming the facility, High Commissioner Ramocan said it will complement the efforts of the Government to provide quality health services for its nationals and visitors.

He noted that this project, and others, “show that the interest in Jamaica’s potential as a medical tourism destination is steadily rising”.

He said that in 2015 the clientele for health services made up eight per cent of the more than two million stopover visitors to the island.

In addition, the 2014 Medical Tourism Index ranked Jamaica as the second most attractive medical tourism destination.

Zierlich dialysis was established by Andre Nelson and Dainty Powell, second-generation British-Jamaicans, with the objective of providing professional, affordable, haemodialysis care in the Caribbean.

The centre, located at the GWest Medical Complex in Montego Bay, has been operational since July, providing service for the early detection of chronic kidney disease and ongoing support for patients living with the condition.

“This is welcome news for the many persons in Jamaica who are faced with the life-threatening health challenge,” said Ramocan.

The high commissioner commended Jamaica Promotions Corporation (JAMPRO) European Regional Manager Laurence Jones and his team for their role in supporting the establishment of the centre.

In attendance were Jamaica’s honorary consul in Birmingham, Wade Lyn; representatives of the national health service and the medical profession; as well as members of the UK diaspora.

The project will be officially launched in Jamaica on January 26.