Angels Willing To Invest In Film But Want Big Returns

Angels Willing To Invest In Film But Want Big Returns 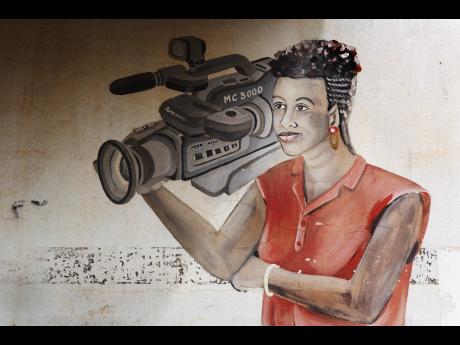 Jamaica’s angel investor groups are ready to finance film projects but require returns of up to 10 times their investment over a protracted period.

It shows that money, albeit at a relatively high cost, can flow towards the so-called creative industries, provided the entrepreneur offers a sound business plan.

“There is no shortage of capital for the right projects,” said Sandra Glasgow of First Angels Jamaica at a forum convened by Jampro last Friday, where a panel of financiers addressed a group of film-makers. Jampro is the marketing arm of the Government.

“So if we invest $1 million we expect to get back three, five and 10 times our money,” said Glasgow. “When we talk about 10 times, remember, you are making the same returns,” she said.

Those returns seem high but there’s a big chance the Angels could end up with an unprofitable film. So the returns aim to match the risk involved.

Angel financiers usually take on ventures that traditional lenders avoid due to the expected risk. Bank loans require monthly financing, which may be difficult for filmmakers working on a tight budget.

Currently, none of the two angel networks the other is Alpha Angels have yet backed a film venture.

In the past, Glasgow offered a film-maker space for him to pitch to First Angels. She worked with him to develop his pitch and was excited about it. However, he did not follow through.

“I was really excited because we wanted to use that as a test case in how our members would react to a project of that nature,” Glasgow recalled.

First Angels was formed in 2015. So far, members of the group have financed four projects from 253 applications received since inception to the end of 2016. Of that number, only 89 actually fully completed the application form, which includes the submission of a business plan.

“You have to have a business plan that is scalable, showing high growth … with a strong team behind it,” Glasgow said.

Other panellists at the Jampro forum included Opal Levy of Alpha Angels based in Montego Bay, Woodrow Smallwood of Sagicor Investments Jamaica Limited, Alain Williams from the CHASE Fund, and Dionne Powell-Coke from the Branson Centre.

Levy added that the lack of business plans poses a “serious problem”. Alpha Angels has financed one venture since its formation.

The state-operated CHASE Fund, which is financed from lottery proceeds, provides $150 million of support per year on average to the culture and creative sectors.

Propella sought out talented local film-makers and supported them with training in order to make short films during the summer.

Sagicor Investments indicated that it is not averse to backing film projects, but wants projects that are scalable, targeted and profitable. Smallwood pointed out that a lot of the earlier films in Hollywood were financed by Swiss banks.

“The key thing is that we are not creative persons … if you can’t show the cash flow and you’re not showing a profit, then we can’t finance it. That is typically how it is,” said Smallwood. “Let’s face it. If it’s not profitable for you, the creative mind behind it, then will it be profitable for the banker, who thinks in a linear way? No,” he said.