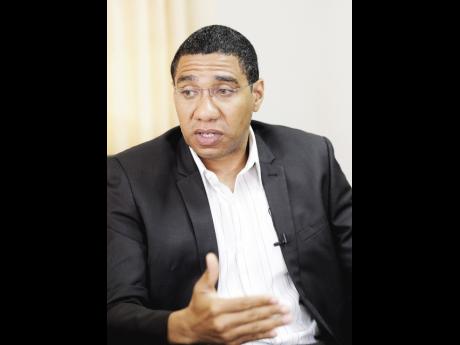 Last week, the Jamaica Film Commission and the Creative Industries Unit staged an open day to educate the public on the little-known and developing techniques for film professionals in Jamaica.

The two-day exercise began on Thursday, January 12, and was hosted in JAMPRO’s New Kingston business auditorium. It was designed to explore solutions for issues impacting the development of Jamaica’s creative industries with stakeholders, practitioners and government representatives.

On the first day, CEO of Hyperion Equity, LLC and JAMPRO board member, Zachary Harding, made an impromptu address to the session’s attendees. It was partly to welcome the participants, but also to communicate the prime minister’s support of the local film industry.

Harding said that late last year, he and other representatives of JAMPRO were granted an audience with Prime Minister Andrew Holness. “We presented the entire strategic plan for JAMPRO for the next five years,” he said. “We had a whole section that spoke to creative industries and, generally speaking, it was all accepted.”

According to Harding, the JAMPRO team developed a 13-point plan that seeks more screen time for local content in cinemas and on local free-to-air television, the creation of a film and television investment fund, a specialised investment incentive programme, tax incentives, capacity building and training, collaboration with other Caribbean and regional countries, as well as possible legislative amendments to enable faster growth. This plan was then shared with the prime minister.

“The prime minister expressed his alignment with JAMPRO’s plans and re-emphasised that our culture and natural talent must be focal points for driving economic growth and the creation of jobs, as well as capacity building to enable future expansion,” Harding told The Gleaner. The potential of the creative industries as a key growth sector was discussed, with some of the challenges, opportunities and the vision for the film, TV and animation industries in Jamaica highlighted.