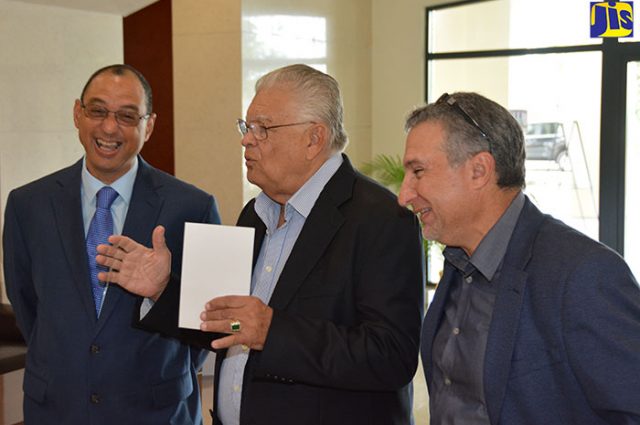 The Jamaica Manufacturers’ Association (JMA) is promising that the inaugural Jamaica International Exhibition (JIE) will be a success, offering local business people an opportunity to interact with some of the largest and most important traders worldwide.

The trade show, slated for June 1-4 at the Montego Bay Convention Centre in St. James, is expected to attract more than 600 overseas buyers and suppliers of goods and services from the Caribbean, North and South America, China, and Europe.

JMA President, Metry Seaga, is predicting that the JIE will eclipse any other trade expo on the national calendar of events in size, prestige and outreach.

Noting that the event will be the “biggest ever to be held in the region”, he said it will bring business people from all around the world to Jamaica to sell their wares and see what opportunities exist in the country.

Mr. Seaga, who was speaking at the press launch of the JIE on January 11 at the Montego Bay Convention Centre, said the JMA is proud to be hosting an event “with so much international flavour” and one that will give local participants a chance of getting their products into the global marketplace, giving brand Jamaica a further boost.

“The JMA will be working very closely with JAMPRO and also the Ministry of Industry, Commerce, Agriculture and Fisheries to ensure that we have a very successful trade show,” he noted.

Minister of Industry, Commerce, Agriculture and Fisheries, Hon. Karl Samuda, said the JIE is timely and necessary and offers the opportunity to reaffirm the benefits of trade in the Jamaican economy.

He said the event also serves to emphasise the country’s commitment to expanding its share in the global marketplace, while creating job opportunities and empowering local businesses.

For his part, Chairman of JAMPRO, Senator Don Wehby, said the JMA must be commended for having the foresight and vision to bring such an important event to the doorstep of local entrepreneurs.

He said it is consistent with JAMPRO’s goals of “matching investors with specific projects and, likewise, matching buyers with our own Jamaican network of world-class suppliers. This will be a forum of exchange, and we welcome it”.

Mr. Wehby noted that events such as the JIE represent an integral process in the development of Jamaica’s export chain and “we look forward to hosting traders from around the world”.