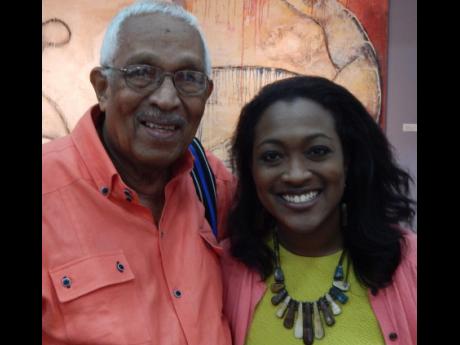 In the upward climb to establish a Jamaican film industry, there arises the perennial question of who the target market truly is. With the proposed introduction of island-wide touring by film and television series producer Lennie Little-White arose the follow-up query of production cost: Who are we producing stories for? Who supports the production cost? and If provided with sufficient financial support, how does that increased film production affect storytelling in Jamaica?

“That is the million-dollar question. It should be easier for us now to produce what we want to produce and choose our own markets,” said Franklyn ‘Chappy’ St Juste during the Filming: Kingston As A City panel discussion, held recently at the National Gallery, downtown, Kingston. “Films should cost less. We need to know how to make the half-million dollar (US) narrative film,” said fellow panellist Natalie Thompson. In Thompson’s opinion, if a film production budget exceeds a cost of US$250,000, distribution should be directed towards an international market “because the local market won’t pay for it. We do not go to the cinema. We do not buy music.”

St Juste believes that the development of a thriving film industry in Jamaica is possible, through the attempts of the innovative and entrepreneurial. Referring to the planned island-wide tour for Lennie Little-White’s latest film, It’s a Family Affair, St Juste is of the view that the distribution model copied from the Nigerian film- distribution model, making low- budget films primarily for local consumption, can help bolster excitement within Jamaica’s own industry and give renewed energy to those who have become entertained only from the comfort of their living rooms.

We are a very, very talented people and we cannot be lazy and compromise the creativity we have just so we can put something on the screen,” he said.

“The film is going to reach audiences, so we can sit in our sophisticated chairs and say it’s not going to work. Cuba did it by themselves,” he continued.

According to St Juste, Cubans taught themselves how to make film after severing ties with the United States and being relieved of all the resources that could have supported a film industry. He said that Cuba began making films to suit themselves based on their cultural affinities and their history. “It’s made for people to understand,” he said.

Last April, the Jamaica Film and Television Association sent out a submission request for writers to send their scripts and film treatments in for consideration of developmental support, called the PROPELLA Initiative. PROPELLA, a script-to-screen programme, nurtures Jamaican content creators, enabling them to tell their stories cinematically by providing funding and ‘in kind’ support. Through a blind selection process, five filmmakers received a financial grant of $500,000 each to produce a short film. Twenty-two scripts were submitted, and five finalists were given the opportunity to lift their stories from page to screen.

Designed by the Jamaica Film and Television Association and supported by JAMPRO and The Chase Fund, the PROPELLA films had their Jamaican premiere at a private screening held at the Red Bones CafÈ on November 4, following their world premiere at the Trinidad and Tobago Film Festival last September.

“The PROPELLA idea, I believe, should be able to take off and fly very high. The only way we can develop our cinematic ability is by making films of that sort various characters, situations, and stories that really work,” Thompson said.

Thompson is included in the first five PROPELLA filmmakers, as director of Shoot The Girl, which was written by Tony ‘Paleface’ Hendricks. The film follows a 10-year-old Trench Town girl (played by Regalla Ellis, granddaughter of Blakka Ellis), who must use ‘brains’ to beat ‘brawn’, while evading her father’s murderer.

Adrian Lopez, the second filmmaker, wrote and directed Shock Value, a story of a successful writer caught up in blackmail, who learns the true cost of misplaced trust and duplicity when diabolical forces threaten everything she holds dear.

Another PROPELLA participant, Janet Morrison, wrote and directed Silent Hearts, the story of a rural schoolgirl who is abducted in a taxi to the ignorance of her peers.

Sugar, written by Sharon Leach and directed by Michelle Serieux, follows a young girl, on the brink of womanhood, who works at a Jamaican tourist resort and is witness to affluence on a daily basis. As the de facto breadwinner of her family, the title character faces a crisis of conscience when a tourist couple seems to be the answer to her financial predicament.

Finally, the fifth PROPELLA filmmaker, Kurt Wright, tells the story of a hero from Jamaica’s history who is pulled from his own story to retrieve an artifact stolen by an ancient witch intent on changing her destiny. It’s a story driven by supernatural fantasy, steeped in Jamaican folklore and transported into modern times.

While considering the success of these films, as they make their way around the international film festival, Thompson made sure to iterate during the recent panel discussion that the crews of all the PROPELLA films worked free of cost.