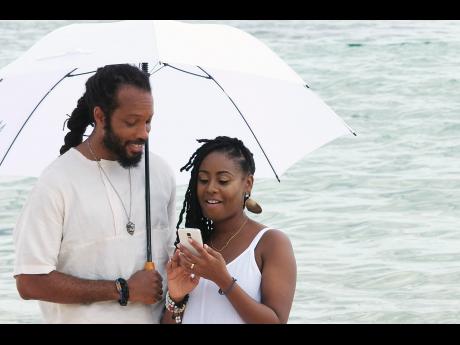 The recent release of the low-budget feature-length production by Lennie Little-White, It’s a Family Affair, has sparked conversations about re-introducing an idea discontinued decades ago, perhaps due to leaps in technological advancement. Little-White’s plan of embarking on an islandwide tour with his latest project has encouraged the support of film commissioner Renee Robinson.

The film commissioner believes that instituting an exhibition quota system or a screen quota system is the sustainable solution to getting high-quality Jamaican content. These quotas, via direct legislation (or simple buy-ins for economic growth goals) enforce a minimum number of screening days for domestic films in the theatre each year, to protect the nation’s films.

“This is not a new model. It is a standard best practice all across the globe, with excellent results in Canada, France, the UK and Australia,” Robinson told The Gleaner. “Increasingly, we are seeing this practice grow in Latin America and Africa as well, with South Africa, Colombia and Mexico leading legislative reform in their respective film industries.”

Still, Robinson is of the view that the most critical solution to getting Jamaican content seen by Jamaican audiences is the buy-in from local exhibitors.

“The exhibition quota system for local content needs to specify that a certain percentage of exhibition time (10per cent for example) is reserved for local narrative content,” she suggested, and that there be parameters on scheduling, so that domestic content is not pushed into undesirable programming slots.

“The first step for our industry is to ensure that we are producing high-quality content, which is reflected from strong script writing and nuanced direction,” Robinson said. “High-quality content can be produced on low budget. The international Indie scene continues to prove that.”

The often-mentioned Propella – a script to screen programme that nurtures Jamaican content creators and enables them to tell their stories cinematically by providing funding and in-kind support, was undertaken over this summer as a partnership of JAFTA, JAMPRO and the the CHASE Fund, producing five

high-quality Jamaican short films on low budgets, which have now been screened at film festivals in Trinidad, South Africa, Fort Lauderdale and Belize.

“Getting your film into the festival circuit not only verifies the quality of the work, but puts it in front of the industry players who acquire and distribute content – both traditionally and digitally,” Robinson said. “There are also many digital distribution platforms that aggregate films and allow the filmmakers to take control of their distribution and monetise their work. These opportunities allow for broader visibility and greater impact for high-uality low-budget content, when properly managed.”

She continued, “These five films will pursue local public screening once they have completed the festival circuit. Jamaicans want to see themselves on screen, and we will watch local content. Across the island, we have limited screens and those that do play, are required to fulfill international distribution contracts. Jamaicans want to see themselves on screen, which has been evidenced by many of the local films that have in fact had the opportunity to screen at Palace Amusement in recent years. There is no doubt that specifically targeting local audiences with easily accessible content, has a positive impact on ‘bums in seats’.”