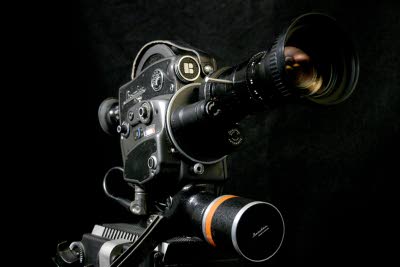 Five short films produced in Jamaica over the summer will have a private, invitation-only screening next week. General public showings of the films, described as “excellent” by JAMPRO Film Commissioner Renee Robinson, will follow in coming months.

Robinson told The Gleaner that discussions are being held with the Palace Amusement Company about the public release of the films, which were made through collaboration between JAMPRO and the Jamaica Film and Television Association under a project dubbed ‘Propella.’

Funding for the project, a script-to-screen programme aimed at nurturing Jamaican content creators and providing financial assistance as well as in-kind support, came from the Culture, Health, Arts, Sports and Education Fund. Robinson said that the initiative, the first of its kind in the Caribbean, will be run annually.

Following a showing at the Toronto Film Festival and the official world premiere at the Trinidad and Tobago Film Festival in September, the films are now on a film festival circuit. Stops include film festivals in Johannesburg and Pretoria, South Africa, Fort Lauderdale and Belize, Robinson said.

Robinson spoke exclusively to The Gleaner recently at the National Gallery, after a panel discussion by four film-makers on the subject, ‘Kingston: Filming the City, a part of the gallery’s current exhibition ‘Kingston, Part 1: The City and Art’, which closes on November 5.

The exhibition of paintings, sculpture, ceramics, film and photography explores the dynamic between Kingston’s growth as a major commercial and cultural centre and the development of Jamaica’s visual arts and infrastructure.

The panel – comprising Franklyn ‘Chappy’ St Juste, Natalie Thompson, Nile Saulter and Randall Richards – was moderated by Dr Julian Cresser, a University of the West Indies lecturer in the Department of History and Archaeology. He teaches audiovisual history in that department and lectures in other courses in the university’s heritage studies programme.

The wide-ranging panel discussion touched on the presenters’ relationship with Kingston, the films they would like to make or have made about the city, the creation of a distinctive Caribbean film language and the history and future of film-making in the region.

Robinson said that the Propella project was multi-faceted. It involved talent discovery (making a selection from many applicants of five talented young Jamaican film-makers), capacity building (training them at a boot camp in script consultation and directing) and content creation (the production of the five brand new Jamaican short films, each about 10 minutes long.) The entire package lasts one hour and 10 minutes.

“We took the entire delegation to the Toronto Film Festival, then to the Trinidad and Tobago Film Festival last month,” Robinson said. “It has been an amazing experience. The film community in Jamaica came out and worked on these films, many for little or no pay.”

She continued, “The films, which were shot anywhere from over a weekend to two weeks, are excellent! They are really the hallmark of the future of film-making in Jamaica.

“At the premiere in Trinidad, I had the opportunity to speak to other film commissioners from other Caribbean islands. They were amazed that we had done this, so they’re now looking at our model to replicate.”

She said that the short film project was ideally aligned with JAMPRO’s remit of finding talent and creating market opportunities. “JAMPRO’s role is really export,” she noted, “and we want to create international opportunities with Propella.”