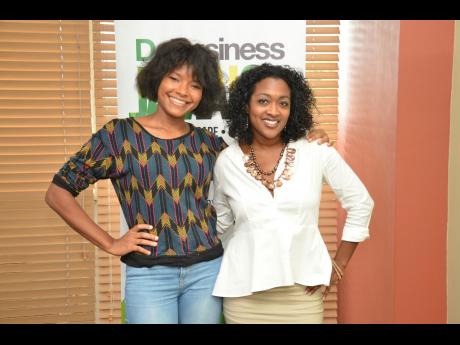 The Jamaica Film and Television Association (JAFTA) and the Jamaica Promotions Corporation (JAMPRO) are happy with the outcome of their PROPELLA initiative, after the five short films selected in the first installment of the project enjoyed huge success at the recent staging of the Trinidad and Tobago Film Festival.

According to the president of JAFTA, Gabrielle Blackwood, the PROPELLA project was birthed with hopes of exposing as much local talent as possible by creating opportunities for key players in the film industry to continue on a path of growth and development.

“We have been trying to seek opportunities for our film makers both locally and internationally to improve the film sector and to increase partnerships with talent overseas and talent here,” she said.

“We have so much potential here in Jamaica that we just need to give our creative minds a chance to excel by exposing them to the world.”

She went on to explain that participating in film festivals was one of the ways JAMPRO and JAFTA saw as a means of bringing attention to local talent.

“Part of what we are hoping to do is expand our entries in film festivals overseas to increase those co-production links, and ultimately, create more opportunities for our people and with the recent success of the five short films coming out of PROPELLA, we have been able to do that to some extent. We have had film makers from abroad approach us to say that they want some of our films in their festivals or to say that they want to showcase a film here.”

Having had first-hand experience with the exposure gained from a major film festival (as part of the team that executed the Toronto International Film Festival), Robinson revealed that JAMPRO’s partnership with JAFTA was a no-brainer as both organisations shared similar objectives.

“Their goals fit into what JAMPRO wanted to do where sector development and talent discovery was concerned,” she explained. “For us at JAMPRO, making sure that our talent and our content are seen externally is important. We also want our industry players to capitalise on some of the relationships that come from gaining international exposure, so we want them to get used to the idea of not just attending a regional film festival, but an international film festival.”

The films, Original by Kurt Wright and Noelle Kerr; Shock Value, Adrian Lopez;Shoot the Girl , Tony Hendricks and Natalie Thompson; Sugar, Laurie Parker, Sharon Leach and Michelle Serieux; and The Silent Ones, Gregory Lopez and Janet Morrison, were selected from over 20 submissions back in May. The film makers were given $500,000 from the CHASE Fund to help with the production of their film, and according to both Robinson and Blackwood, the local film makers produced top-quality content with the resources they were given.

“The films did an excellent job, I’m so proud of that group of film makers,” said Robinson. “We had an industry trade booth at the festival, and we were one of only 38 other countries with a trade element component there. What that meant was that Jamaica was playing with Russia, the UK, Canada, Italy, France, and all these other countries. Our booth was the hit. We found that people naturally gravitated to the Jamaica booth, so our screenwriters were having discussions with producers, financiers, sales agents, distributors. So opportunities were created right there.”

Based on the success of the first installment of the PROPELLA initiative, both JAFTA and JAMPRO have decided to make the project an annual one.

“This is just the first. We are planning on making this an annual thing,” said Blackwood. “It’s happening, so we are putting it out there. If you are a film maker, you’re not a JAFTA member, but you have scripts sitting down and your interested in creating a film, look out for PROPELLA next year. Join JAFTA now, by attending our meetings every last Thursday of the month at the UWI film project office at the Mona Campus at 6:30 p.m., and then you pay your monthly dues.”

Robinson says: “We are committed to continuing to support this on an annual basis. We need to play on that international scene and the fact that PROPELLA is now being requested at other film festivals means that these film makers are getting a level of international exposure that would not have happened if we did not travel with them and make them visible.”

A private local screening on November 3 is next on the PROPELLA agenda as they seek to take the five films from this year’s project even further. PROPELLA’s aim is to make these films available to the public in the near future, but as part of the process, the films have to first tour the local film festival circuit.