Exports Critical To Achieving The 5-In-4 Growth Target

Exports Critical To Achieving The 5-In-4 Growth Target 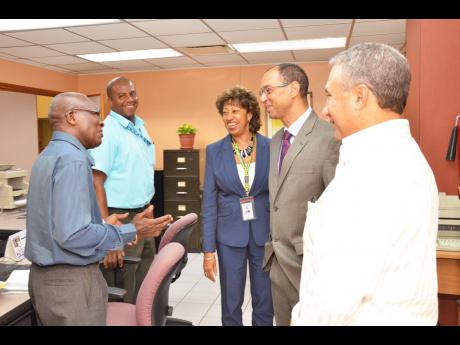 President Barack Obama told Americans at the 2012 Democratic National Convention that “we can choose a future where we export more products and outsource fewer jobs”. The same applies to Jamaica and the National Export Strategy Phase II, or NES2, which is one of the bridges that can help get Jamaica across the debt-burden threshold and closer towards sustainable economic growth and the achievement of five per cent growth in four years.

The NES2 is a four-year plan that was started in 2015 to stimulate exports through the implementation of targeted market-driven initiatives in sectors that have strong growth potential. It incorporates elements such as export financing, standards, and supply-chain management.

The strategy aims to increase Jamaica’s export earnings to that of pre-recessionary levels of total exports from US$1.2 billion to US$2.5 billion by 2019, while growing non-traditional segments of that export target. Areas of potential are light manufacturing; film and animation and information technology-enabled service. These would complement existing traditional areas such as tourism and mining, where limestone still holds tremendous untapped potential.

The first NES had specific targets: to increase the contribution of the export sector to job creation and GDP; to reduce the ratio of the imports to exports; to diversify exports through value addition; and, to build a competitive mindset among producers who have the potential to export.

In addition to the new goals set out for NES2, a focus on strengthening the capacity and structure of our processes is equally important in order to realise our full potential as a nation.

JAMPRO will play an integral role by driving engagement of international distributors and local businesses by assisting local companies with export preparedness, market research, gaining access to new markets, and identifying and facilitating the growth of new and emerging sectors that are viable for exports.

The successful implementation of the NES2 is achievable if we can secure a cohesive partnership between the public and private sectors. The Government should create an enabling environment for business to be done and then move out of the way so that companies can operate without the type of bureaucracy and lengthy delays that stifle rather than promote success. What this means is that private-sector players must position themselves to be innovative and competitive in order to capitalise on the opportunities that a streamlined export industry can present.