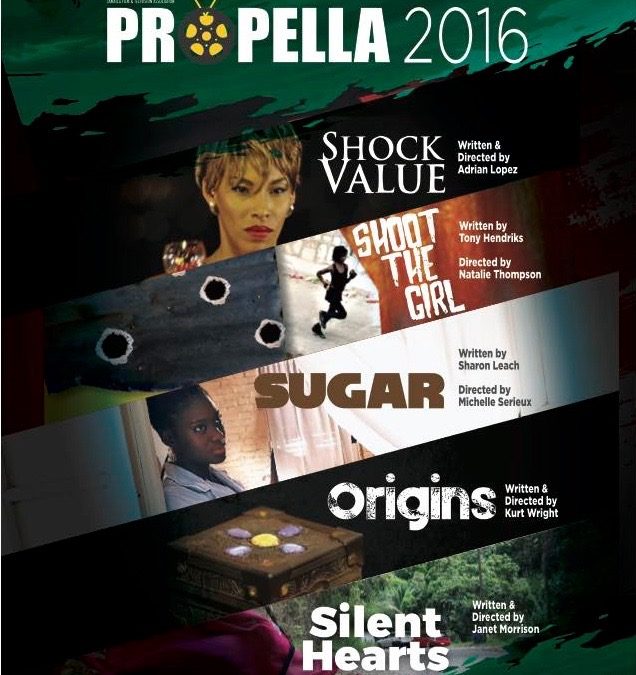 Five Jamaican short films selected as part of a new project to boost filmmaking on the island, will be screened tonight (Friday) at Movie Towne, Port-of-Spain.

The films, which range from a superhero thriller based in Jamaican folklore to a romance crime drama, are: ‘Original’ by Kurt Wright and Noelle Kerr; ‘Shock Value’, Adrian Lopez; ‘Shoot the Girl’, Tony Hendricks and Natalie Thompson; ‘Sugar’, Laurie Parker, Sharon Leach and Michelle Serieux; and ‘The Silent Ones’, Gregory Lopez and Janet Morrison.

The films are the products of the Propella Initiative, a thrust by Jamaica Promotions Corporation (JAMPRO) and Jamaica Film and Television Association (JAFTA).

Renée Robinson, Film Commissioner at JAMPRO, told Loop that when she took office six months ago, she did consultations with stakeholders to find out what they needed following their film festival last year and out of that the programme was implemented.

“We selected earlier this year the top five filmmakers to watch in Jamaica and we did boot camps with them over the Summer, directing and screenwriting and festival strategy and financing and then we got the funds for them to produce the five shorts and we gave them market attendance, we took them to the Toronto International Film Festival last week and now we are here,” she said.

While TIFF was used for market exposure and to build contacts, the ttff is where the movies will be screened.

Robinson was high in praise of the ttff, starting that Trinidad and Tobago has positioned itself as the top location for Caribbean films.

Robinson believes in regional unity when it comes to the film industry, noting that each island has its own comparative advantage that can help develop the regional content.

“Each country will have its needs but we are too small individually to assume or imagine we can make a dent on the global film industry, we can’t,” she said, revealing that while in T&T she will be meeting with other film commissioners to discuss the issue of collaboration.

Robinson said the time has come to revive the Regional Association of Film Commissioners.

“Trinidad has an excellent tax incentive scheme that is already in place, it is locked, it is working. Jamaica has all of the equipment and crew that the Caribbean could ever possibly need, Guadeloupe has also very strong incentives and access to EU Grants. Jamaica has a UK co-production Treaty so if we are able to utilise the UK co-production Treaty using Jamaican equipment and identifying locations in Guadeloupe and also using tax incentives from Trinidad, we good to go,” she said with a laugh.

Robinson, who previously worked for the TIFF as head of industry programming prior to her role at JAMPRO said the film industry in Jamaica is growing. Singling out Storm Saulter as the bright star of the industry right now, she revealed that his new film “Sprinter” has received funding from the Will and Jada Foundation and is currently in postproduction. Saulter’s “Better Mus Come” won the people’s choice award for Best Narrative Feature at the ttff/11,

“Yesterday we just launched a casting call for another film that will be filmed in Jamaica next year,” said Robinson.

She said while Jamaica has been restricted in its ability to offer tax incentives due to IMF restrictions on tax reforms, she is pressing for other production incentives that are non-fiscal.

Other developments include a recently launched film and television association called JAFTA which is working very closely with JAMPRO to streamline the production process.

The Jamaican shorts will screen at 8.30 pm at Movie Towne. Port-of-Spain