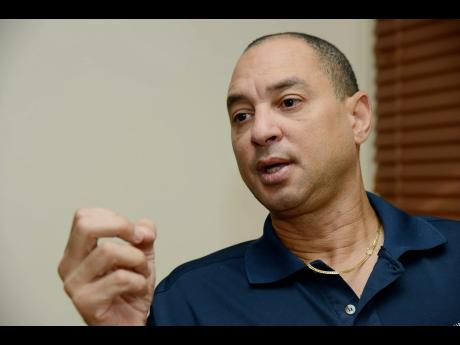 The vision I have for JAMPRO and Jamaica is the same, to be the world’s best. JAMPRO must be the best trade and investment promotion agency if it is to boost the economy and to achieve the economic growth targets.

How do we become the best? The decision to place the agency in the Office of the Prime Minister’s Economic Growth and Job Creation portfolio, which will allow JAMPRO to seamlessly fast-track investments in tandem with partner agencies such as the National Environment and Planning Agency, the National Works Agency and the National Water Commission, is an excellent start. This means easier facilitation of services and, most importantly, less bureaucracy, for as ‘sister agencies’ we all respond to the same ministerial directives.

The mantra to encourage business should be, ‘… roll in the red tape, and roll out the red carpet’. Red tape affects our ability to court investments as the fewer barriers there are, the faster Government can meet Jamaica’s employment and financial needs. JAMPRO must let both local and foreign investors understand the importance of their business to the country.

A significant part of becoming the best is also through self-assessment. As public servants, the question should always be “What can I do to better serve our country?” From my perspective, what gets measured gets done. Therefore, a part of the response to that question is to create a strategy underpinned by aggressive targets that will motivate staff, inspire innovativeness and ultimately drive the execution of our strategy.

This year, we aim to create at least 10,000 jobs; facilitate more than US$180 million in non-traditional export sales; and realise US$364 million in investments. This strategic review will help JAMPRO to increase these targets in subsequent years, and create the strategy that will support the achievement of these goals. As such, the agency is working with external consultants to develop a strategy that will benchmark its performance against the best trade and investment promotion agencies in the world to ensure that we can compete at the global level.

Will Not Be Shelved

The organisation has been tasked to use this process to understand how to leverage its strengths, improve the areas that are not performing at its highest potential, and then develop the strategies that will form the innovative, high-performing agency that Jamaica needs to grow. This is not another plan that will be shelved, as, once completed, it will be reviewed by the prime minister and approved for implementation, ensuring that JAMPRO’s initiatives over the next three years will be supporting the Government’s ‘5 In 4 Goal’ and Jamaica’s overall economy and development.

With that said, Jamaicans can be comforted knowing that JAMPRO is here to support the country’s economic growth. We will continue to innovate and look forward to a bright future for Jamaica.

– Don Wehby is chairman of JAMPRO and group CEO, GraceKennedy