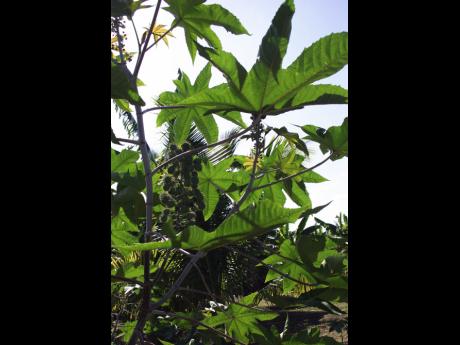 Shirley Lindo met a man – Ricardo Thompson – with a ‘vision’ in the late 1990s and today the two are leading Jamaican exporters in the fledgling castor oil industry which is projected to be worth close to US$4 billion (almost J$500 billion) on the global market in four years.

She said economic growth does not have to come only from large industries but from small business operations that are given enough support.

“The future is, without a doubt, very bright for Jamaican black castor oil,” the study revealed.

It said that the global castor market will become increasingly competitive as countries seek to take market share from India (also Mexico, Brazil, Haiti). “But they don’t have JBCO,” JAMPRO added.

Lindo’s key lament now is for the industry players, including the Government, to ‘unite’ to protect the sought-after ‘authentic’ JBCO while supporting local production expansion.

The Jamaica black castor oil is well known for its many uses, including the medicinal benefits such as massage oil for aches, laxative, first aid for cuts and other skin conditions, as well as promoting hair growth.

The early days were not easy for Lindo and Thompson’s Outa Earth business which has been using the old-press system to produce the oil.

That system sees the seed being crushed and the oil mechanically extracted. Water is then added before boiling. This purification process is very important given that in its natural state the seed is highly toxic due to the presence of ricin, a deadly poison.

“We started processing castor oil and tek time sell it. Tell people about castor oil, walk up and down in the mountain and give people castor oil seeds to plant. They laughed at us. But we told them that ‘one day this seed is going to help us’. Nobody paid us any mind.”

Things changed for the better last year when they faced the challenge of determining what to do with the castor oil waste.

“We had this castor oil waste piling up and we never know what to do with it. Then we started to burn it because when we just came here to live, it was a wilderness – it breeds mosquito. And we began to realise it burn good and it give a smoke that run mosquito,” said the entrepreneur who has managed businesses in television and tourism in London.

Jamaica is now battling mosquitoes that transmit the Zika virus which can leave people with terrible joint pains and newborns with abnormally small heads.

Lindo said she accessed grant funding through a programme from the Scientific Research Council that was looking for inventive ideas in renewable energy.

“I proposed two products – castor oil briquettes and fertiliser made from castor oil waste. That grant allowed us to develop the product. By that time, we were scouted by a US company and we started to export.”

But she related that questions were raised about the authenticity of the product as castor oil was being sold on the North American market “by everybody and dem dog and we were faced with a dilemma”.

“My buyer said, ‘Listen, I cannot buy any more of your oil until you can prove to me that it’s Jamaican. Go to your Government’.”

Discussions were held with Bureau of Standards Jamaica leading to the development of a ‘Jamaica-made mark’.

Lindo and Thompson said they were also sharing their story as part of efforts to support regular Jamaicans who should be encouraged to use resources common across the country to spur personal and national growth.

Their business came about on the back of pioneering work by Marty and Audrey Wilson Eyle who used the product locally since the middle of the 1800s.

“We encourage everyone to go ahead and do something in castor oil. It’s definitely one of the powerful tools that we can use and get ourselves out of this pit that we find ourselves in,” Thompson told The Gleaner.