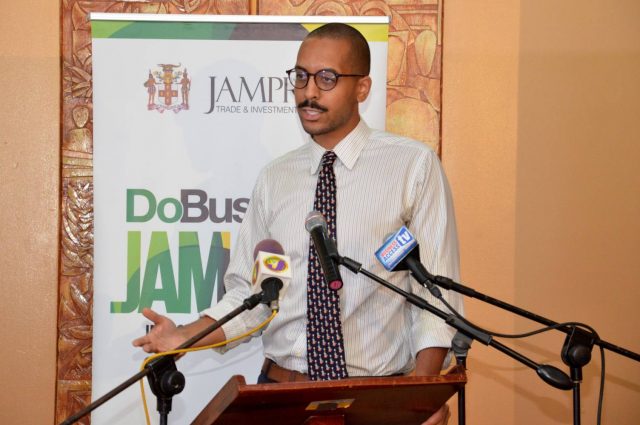 Stakeholders in the local castor oil industry have been given a first-hand look at an exclusive study geared at taking advantage of the burgeoning sector, by Jamaica Promotions Corporation (JAMPRO).

Presenter from the United States, Damian Fagon, explored elements such as effective branding and marketing techniques and strategies that could be used to ensure the success of products with JBCO.

He also examined markets within the United States, United Kingdom, Africa and parts of South America that could be tapped for product distribution.

Mr. Fagon noted that certain issues related to regulations, quality control, funding and coordination need to be addressed to ensure the success of the industry.

Meanwhile, Manager of Market Development for Agriculture and Non-Food Manufacturing at JAMPRO, Berletta Henlon Forrester, said heightened interest shown in JBCO had prompted her agency to conduct the study.

“We got questions from how to grow the product, how to process it … (to) where we could find markets. How can we market our Jamaican Black Castor Oil has been the most critical question,” she said.

“Importantly, we have been getting enquiries from within the Caribbean for imports of bulk castor oil from Jamaica. We’ve got enquiries from buyers and distributors who want to take it to market,” noted Mrs. Henlon Forrester.

She emphasised that JAMPRO wants to ensure that Jamaica is “front and centre with this industry”.

Mrs. Henlon Forrester explained that there are many opportunities to be had from a lucrative castor oil industry, which include the creation of more jobs.

She indicated that castor oil farming and processing is labour intensive and will, therefore, require a number of persons for that undertaking.

“It’s the kind of product that can engage Jamaicans right across the island. It has the potential to create new enterprises,” she said.

Mrs. Henlon Forrester said JAMPRO will facilitate the organisation of stakeholders into an association, which will enable greater leverage of the industry.

It is estimated that the global castor oil and derivatives market could reach US$1.81 billion by 2020. Biodiesel, lubricants and cosmetics are expected to drive the growth.

The Bureau of Standards Jamaica (BSJ), Scientific Research Council (SRC) and the Development Bank of Jamaica (DBJ) provided information on how to advance the industry.