Renée Robinson On A Mission To Success

Renée Robinson On A Mission To Success 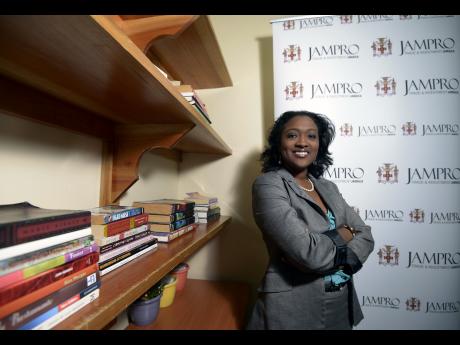 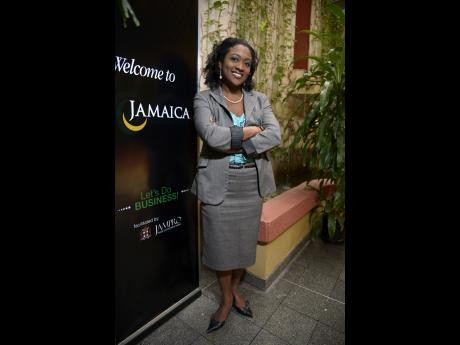 Don’t be fooled by her adorable smile – Robinson means business.

A leader is someone who creates an inspiring vision of the future, motivating and inspiring others to engage with that vision. The vibrant, multicultural Renée Robinson is doing just that as the new film commissioner at JAMPRO.

“I actually can paint, draw, sculpt, and perform theatrically,” she revealed to Flair, adding, “I knew I wanted to be on the management side of the creative industry. I knew I wanted to be in the ‘industry’ of it instead of the practice of it (arts) because of my natural tendency towards leadership and organisation.”

She continued, “I realised I had that unique ability to be both creative and do the business side of it as well – to think with both hemispheres of my brain. That’s a rare talent, so I put it to use.”

The government agency in the Ministry of Industry, Investment and Commerce, JAMPRO, which promotes business opportunities in export and investment in the local and international private sectors, welcomed Robinson three weeks ago.

identifying opportunities in the sector and developing and implementing strategic interventions to capitalise on those opportunities – with oversight for the other creative industries such as animation, music, and design.

Robinson says that she is prepared and more than ready to put her stamp on Jamaica’s entertainment industry. This is mainly because of the values of integrity, hard work, and fairness that her family instilled in her from a very tender age. “I say what I mean and mean what I say. I speak up against injustice, and I know that if ‘yuh wah good, yuh nose affi run,” Robinson stressed.

The second of two children, Robinson said that she was born and partially raised in Kingston. After graduating from Campion College, she enrolled at the Williams College in Massachusetts, United States, to pursue her degree in art history and art studio. During her early years, Robinson revealed that she was exposed to the business of creativity through several high-profile internships which included the Museum of Modern Art in New York, the Centre for Adult Education in South Africa, and Power 106 FM in Jamaica. Robinson said that by the time she had completed her first degree, she had developed an interest in film and video. “I had trained with the late Wycliff Bennett, and I recall being the host in training for Rappin with Simone Cooper,” Robinson said.

Robinson described her childhood as unique, mainly because her family had to relocate to a different country every three years. Her father was a Commonwealth Scholar working in international communication with both the Commonwealth Secretariat and the United Nations. “I’ve lived and travelled all over Europe, South East Asia, and Australasia, including Papua New Guinea,” Robinson told Flair.

This adventurous lifestyle experience, Robinson said, taught her adaptability and a true respect for heritage and culture, and in the process, made her fluent in Italian and French. “I learnt Zulu while living in South Africa, but I have forgotten it mostly,” Robinson noted.

Through her wealth of experience and volunteerism, Robinson said her hard work paid off when she landed a job six months after a media conference work experience – as a personal assistant to an executive producer. She became a lead programmer of industry at the Toronto International Film Festival and was responsible for ensuring that the festival met its mandate for servicing the business of the industry.

“This type of role requires being fully on-trend in the industry in order to curate with relevance. I spent half the year in Europe (living in Rome) dealing with international clients – distributors and financiers and the other half of the year in Toronto in programming and selection meetings and preparing for the festival. It was a charmed life,” Robinson recalled.

It never stopped there for Robinson. She went on to become head of programming at ‘Women in Film and TV’ in Toronto, where she led a year-round slate of industry development programmes for screenwriters, directors, producers, production managers, and programming executives, again maintaining relevance to key sector trends such as digital disruption, transmedia, content marketing, and intellectual property. “This role gave me direct access to very senior industry players and allowed me to shine as a ‘connection hub’ for doing business in the media industry,” Robinson said.

Robinson was also the director of programming at the Jamaica Cultural Development Commission (JCDC) for several years (under the Ministry of Youth, Education, and Culture and the Ministry of Tourism, Entertainment and Culture), where she was responsible for the implementation of the national cultural policy (before Vision 2030) and programming, which discovered and developed cultural talent. “I’m very familiar with the local cultural industries, as well as with government structure that facilitates them,” Robinson said.

Robinson holds a Master’s in Communication and Cultural Policy, with joint MBA Arts and Media Management from the York University in Toronto, Canada.

Robinson explained that her work was pretty demanding, both emotionally and mentally, but she tries to create space although she often has something working on at nights. “I really believe in the mind-body-spirit trifecta, and it’s important to keep balance in all areas. I’ve been practising yoga for a few years now, and it’s more than just the physical exercise, but also a way of regaining my ‘centre’ and staying grounded,” she shared.

Robinson also notes that it’s important to make the time for being healthy and create time and space for personal relationships. “Unless it needs urgent attention, I try not to make or take work calls or e-mails while I’m with family and friends.”

Robinson said that besides having fun at receptions, events, launches, screenings, and stage shows because of her job, she is also a scuba diver, and she prefers to be low-key with friends and family while enjoying the beach and engaging in outdoor adventures. “Little-known fact: I really like baking home-made granola bars,” Robinson confessed.

With her eyes set firmly on making a difference, she said, “We all get one opportunity – the challenge is that you never know which one it is going to be. So treat every encounter as if it were the fresh beginning of your big break. Give it the patience and perseverance that it needs, and when you do get that break, whenever that might be, always remember that someone chose to open that door for you. Repay the favour when you can,” she concluded.