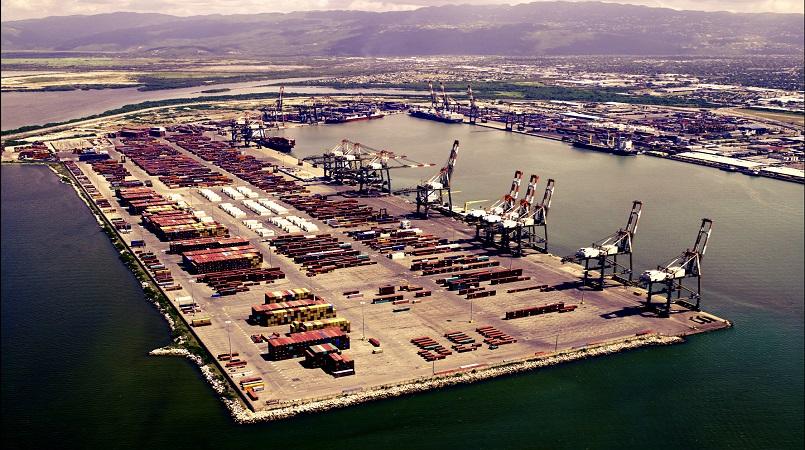 The Director-General of the World Trade Organisation (WTO), Ambassador Roberto Azevêdo, has said Jamaica is well positioned to be at the forefront of transition in the logistics and supply chain of global trade.

This position he attributed to the country’s geographical location and the quality of its seaport facilities and infrastructure, which are being upgraded to accommodate significantly larger cargo ships that are expected to be in operation as a result of the expansion of the Panama Canal.

The Director-General was speaking with the media after a tour of the Kingston Container Terminal (KCT) on Monday.

In noting that the “world is in transition,” Ambassador Azevêdo said “more communications, more transportation (and) more integration, in terms of trade flows, are going to be the (order of the) future.”

“I think that for a country like Jamaica, for which trade and shipments are part of day-to-day life, the work that is being done here (at its port facilities) is fantastic. There are a lot of things being done that other countries should be copying,” he added.

On the planned expansion of the Port of Kingston, Ambassador Azevêdo said in light of the upgrading of the Panama Canal, which is close to completion, “I think the opportunities are there (which can benefit Jamaica)”.

The Government has signed a concession agreement with French shipping firm, Terminal Link CMA CGM, under which the entity will invest US$600 million to upgrade and expand Kingston Container Terminal and operate it for 30 years, before transferring it back to Jamaica.

This undertaking, which is to be carried out in two phases, includes significant extension and reinforcement of the berths to a depth of 15.5 metres.

Other notable engagements include the implementation of a Port Community System (PCS) under a Public-Private Partnership (PPP), which is being spearheaded by the Port Authority of Jamaica (PAJ) and Jamaica Customs.

The PCS is an electronic platform connecting multiple systems operated by various public and private organisations, as a single shared system, which will optimise, manage, and automate port and logistics operations, to facilitate smooth operations.

In welcoming the opportunity to tour the port facility, Ambassador Azevêdo said he will be going back to the WTO headquarters in Geneva, Switzerland with a much better understanding of “what is being done in Jamaica, and what has been achieved.”

For her part, Jamaica Promotions Corporation (JAMPRO) President, Diane Edward, who also toured the KCT, welcomed Ambassador Azevêdo’s endorsement of the facility, pointing out that, “I was really excited to hear [his] comments”.

The visit to the KCT formed part of Ambassador Azevêdo’s three-day official visit to Jamaica, from January 17 to 19, at the invitation of the Government.