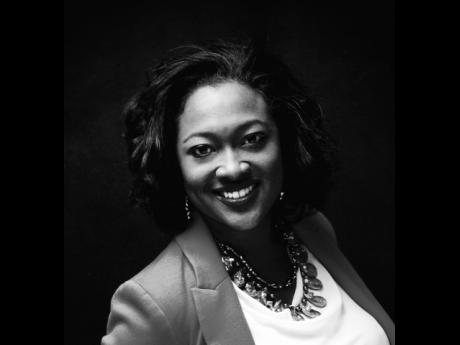 The Jamaica Promotions Corporation (JAMPRO) announced on Thursday that Renee Robinson is Jamaica’s new film commissioner. Robinson will return to Jamaica from Canada to officially take up office on February 1.

Speaking about the task ahead, Robinson said that she is thrilled with the opportunity to bring her expertise to JAMPRO. “The role of film commissioner/

manager, creative industries requires a delicate balance of diplomacy, policymaking, and business acumen,” she said in the release. “My foundation as a creative practitioner and my extensive international profile has provided an impressive network with some of the most important industry professionals worldwide and a solid grounding in the economic principles that govern this industry.”

Robinson, whose work spans Europe, South Africa and the Caribbean, believes her global track record will ensure that she continues to lead the local film industry in the right direction. Robinson’s experience stretches across film, television, digital media, arts and culture, entertainment and communications.

Along with promoting Jamaica’s creative industries on the global market, Robinson hopes to focus on the Jamaica Film Festival (JAFF), which had its debut last year. “My first task at hand will be to build on the successful foundation of last year’s Film Festival,” she explained.

The inaugural JAFF was held in July last year and was lauded by those in attendance as a huge success. At the time of the festival, then film commissioner, Carole Beckford, told The Gleaner that the festival opened many doors on the international scene. “The event has created some opportunities (as we anticipated) to build and we know the industry has made significant connections with the international experts who are here to share and help to rediscover spaces to explore,” she said. “All the workshops were well supported, along with the screenings, and we congratulate all those who participated and look forward to building the relationships going forward.”

The incoming film commissioner hopes to break new ground for the JAFF in 2016, in order to ensure sustainable development within the film industry. “This (the JAFF) is more than just another event,” she said. “It is meant to provide opportunities and exposure for our local talent, promote Jamaica as a versatile destination for location shooting and show the world that the international film industry can come to Jamaica to do business.”

Robinson also hopes to use her international connections to focus on establishing stronger linkages across global markets to advance the export of Jamaican film, animation, music, entertainment and other creative industries. “Beyond the next year, I intend to maximise my international network to build stronger partnerships and tap into deeper resources,” she said.

Diane Edwards, president of JAMPRO said she is very excited about Robinson’s appointment. “With her strong track record and experience in the organisation of the Toronto International Film Festival and ReelWord festivals, she brings to the table broad experience in animation, and is well versed in the organisation of an international film festival. She will bring strong knowledge of the business side of film and the creative industries, and will be instrumental to the development of a comprehensive business plan for the sector,” Edwards said.