US Firm To Develop Biodiesel Plant In Jamaica

US Firm To Develop Biodiesel Plant In Jamaica 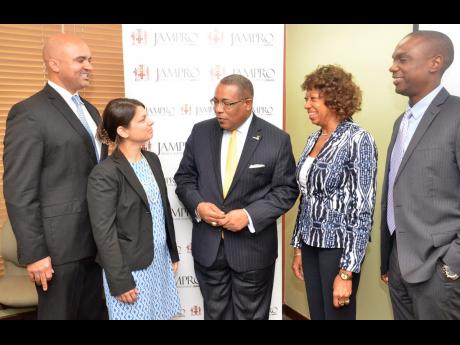 One of the largest biodiesel producers in the United States (US), HERO BX, has been exploring the possibility of developing Jamaica’s and the Caribbean’s first commercial-scale biodiesel plant on the island.

The firm’s representatives have been visiting Jamaica since JAMPRO’s Jamaica Investment Forum earlier this year, and have been meeting with various government and private-sector stakeholders with serious interest in confirming the project.

The plant would be a boost for Jamaica’s renewable-energy programme and would have a multi-industry impact, as biodiesel uses feedstock such as waste oils from the hospitality industry and plant feedstock from the agricultural industry.

The investment is expected to be a significant source of employment, as well as to enable the Government to benefit from the sale of biodiesel produced in Jamaica, which would operate as the hub of HERO BX’s Caribbean operations.

“This robust investment climate and investment in a variety of sectors in the economy is the result of work across government to improve the business environment, facilitate economic growth and create opportunities for job creation,” said Minister of Industry, Investment and Commerce Anthony Hylton.

Hylton said Jamaica has been receiving more investment interest because of steps being taken by the Government to improve Jamaica’s economy and business environment.

Jamaica-born Glen Garth, executive vice-president of US consulting firm Garth Solutions Inc, which is representing HERO BX, said Jamaica has received top billing for the development of the plant because of the country’s strategic location, among other factors.

“The location of Jamaica strategically in the Caribbean Basin; the access to a quality, educated labour force; the access to all of the benefits that are available due to commitments made by the Jamaican Government to encourage foreign direct investment are all factors. Those attributes are what first attracted our attention and have further strengthened our interest in sitting a biodiesel hub in Jamaica,” said Garth.

He added that the country’s strong national-energy policy and renewable energy subpolicy were seen as favourable and increased the company’s interest in Jamaica.

The profile continued: “HERO BX enjoys a reputation for quality and its commitment to the environment, community and safety. The company is investigating expanding into the Caribbean region, as the growing global renewable energy market is estimated to grow to US$614.92 billion by the end of 2015.”

JAMPRO President Diane Edwards said she was pleased that the country’s strides to promote its renewable-energy strategy have been bearing fruit.

She said following on the Ministry of Industry, Investment and Commerce’s mandate, the agency has been campaigning for more investments in newer sectors to diversify Jamaica’s economy.

“We are seeing more interest in sectors such as energy and technology as the Government makes moves to improve the business atmosphere and the country’s readiness for investments. JAMPRO will monitor the progress of this and other projects closely as we try to bring more significant, sustainable investments to Jamaica,” she said.