Kingston, Jamaica – The World Bank has named Jamaica one of the most improved economies in which to do business globally in the newly released Doing Business Report 2016 (DBR 2016).

The Report, which looks at countries’ performance in 11 areas of business regulation, has also ranked Jamaica 64 out of 189 countries in the DBR 2016, which is the highest rank achieved by any Caribbean country.

In addition to the positive movement in the ranking, Jamaica also improved in the World Bank Distance to Frontier rating, which adjudges countries against ‘best in class’ countries, moving from 64.68 last year to 67.27 in the DBR 2016.

In the Latin American region, Jamaica was recognized for implementing the most reforms for the second year in a row placing the island sixth in the region behind Mexico (42), Peru (45), Columbia (52), Puerto Rico (56) and Costa Rica (58). A change in the calculation methodology revised Jamaica’s position last year from 58 to 71, thereby giving the country a 7-point jump in the annual rankings. 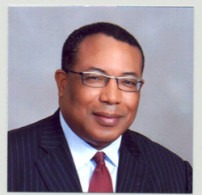 Noting the improvement, Minister of Industry, Investment and Commerce, the Hon. G. Anthony Hylton, who chairs the National Competitiveness Council (NCC), stated, “I am happy that we have kept our promise to improve the business environment and that Jamaica has moved up in the rankings for the second year in a row.  The report is a reflection of the tremendous work being undertaken across Government to facilitate the growth of businesses and the attraction of new investment both locally and overseas.“

“We have made consistent improvements, but there is still much to be done.  The NCC and the Ministry will continue to facilitate these reforms, and ensure that they are reflected on the ground, where MSMEs and large businesses will start to feel the effects of the reforms to stimulate the economy and provide jobs“, said the Minister.

JAMPRO, which manages the work of the NCC on behalf of the Ministry, was also pleased at the improved position. “This level of consistently positive performance in global business environment rankings demonstrates the commitment of our Government to both local and international investors, and will undoubtedly have significant impact on local and foreign direct investment“, said JAMPRO President, Diane Edwards.