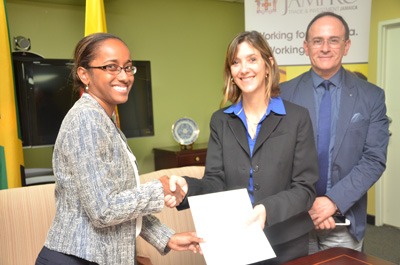 The MOU guides collaborations between JAMPRO and ProColombia on programmes and initiatives to increase trade and foreign direct investment between Jamaica and Colombia.  Both agencies will be working together to look at joint partnerships and opportunities for the Health and Wellness Sector in Jamaica . The agencies will also identify and facilitate investment opportunities between the two countries in critical sectors such as Business Process Outsourcing, Logistics, Tourism/Hotel Development and others. Jamaica has received substantial investment from Colombia, especially in the tourism sector and JAMPRO aims to build on this relationship by bringing Jamaican products to that market, while increasing the opportunities for investment in various industries.