CHASE Fund is one of the major sponsors signed to the Jamaica Film Festival 2015, which promises to bring Kingston to life with over 5 days of film screenings and workshops between July 7-11 this year. The event will provide capacity building opportunities for local film makers and a space for art to meet business.

The Film Festival will also be marketing Jamaican films for export. JAMPRO President Diane Edwards welcomed the support from CHASE, saying, “We are excited to see the opportunities the Film Festival will bring to Jamaican Creatives and greatly appreciate CHASE’s support of JAMPRO in what will not only be an opportunity to showcase Jamaican content, but a chance to build our local talent.” 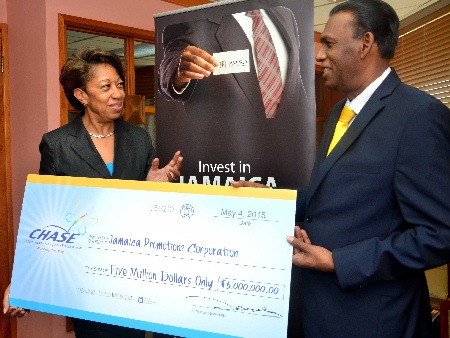