Jamaican Govt to Deepen Trade With Cuba and Costa Rica

Jamaican Govt to Deepen Trade With Cuba and Costa Rica 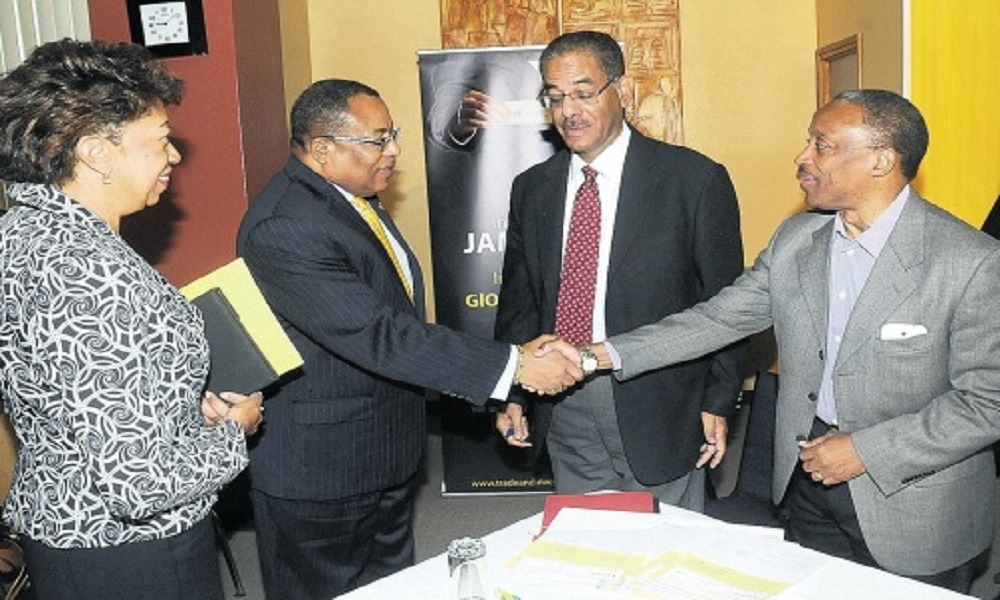 The Jamaican Government is moving to strengthen and deepen  trade relations with Cuba and Costa Rica.

The move follows the successful outcomes of trade missions to the countries earlier this month, which were led by Industry, Investment, and Commerce Minister, Hon. Anthony Hylton.

The Minister outlined details of the trips during a media briefing at JAMPRO’s corporate office in New Kingston, on Wednesday, April 29.

Mr. Hylton, who led a 18-member public-private sector group to Cuba, from April 19 to 23, said the island “stands ready” to cooperate fully in developing bilateral trade with its Caribbean neighbours, particularly Jamaica.

To this end, he said Jamaica and Cuba have agreed to establish working groups on both sides, comprising inter-Ministerial and private sector representatives, “to begin preparatory work in the areas of trade, investment, and transport.”

The Minister said he has invited Cuba’s Trade and Investment Minister, Rodrigo Malmierca to visit Jamaica in September for further discussions.

“The thinking is that Minister Malmierca’s visit will launch the working group discussions for the strategic partnership, in September,” he noted.

Additionally, the Minister said a framework agreement is being targeted for signing between Jamaica’s Special Economic Zone (SEZ), and Cuba’s Mariel Special Economic Development Zone (ZEDM), which both “come into play later this year.”

He pointed out that the Cuban government has established the ZEDM, which has the port of Mariel as the nucleus. This, he informed, is supported by two cargo airports, and the José Marti International Airport.

“As Jamaica continues work towards the development of our own Special Economic Zone regime, we are well placed to take advantage of the opportunities for inter-SEZ trade,” the Minister contended.

Mr. Hylton said revision and upgrading of existing maritime and aviation agreements between Jamaica and Cuba will also be considered, pointing out that “the opportunities facing us today warrants us to (revisit) those critical agreements.”

The Minister said other opportunities for cooperation in areas such as tourism, trade, finance, and manufacturing, will also be explored.

Mr. Hylton said the discussions yielded key outcomes relating to Jamaica forging a strategic partnership with the Cuban Government and its economic entities.

Notable among these were: proposed establishment of a joint Jamaica-Cuba Business Council to foster and facilitate the development of economic relations between the countries; the need identified to increase the performance and utilization rate of the existing line of credit through the Export/Import (EXIM) Bank of Jamaica, in collaboration with Banco Nacional de Cuba; and the Cuban government’s expressed support for Jamaica’s Logistics Hub Initiative, and the medium to long-term benefits anticipated for both countries.

In this regard, Mr. Hylton concluded that: “what is clear is that Cuba sees the value of working collaboratively with its closest neighbour.”

In relation to Costa Rica, where Mr. Hylton led a five-member  delegation from April 12 to 16, he said a Memorandum of Understanding (MoU) was signed, with the country’s Foreign Trade Minister, Alexander Mora, to supplement the free trade agreement between the Central American nation and the Caribbean Community (CARICOM).

“The MoU symbolizes the partnership between Jamaica and Costa Rica. It will enhance existing ties and provide an opportunity for more cooperation in trade administration as well as exchange of valuable trading information,” he stated.

The Minister advised that Costa Rica, like Cuba, is anticipating Jamaica’s fulfilment of its goal of becoming the fourth node in global logistics. As such, he said, the country is focussed on expanding Port Limon which, he pointed out, is “well positioned’ to become a spoke that routes cargo into Jamaica, and from Jamaica into Central America.

Additionally, Mr, Hylton said further opportunities exist for both countries to collaborate on investments as well as tourism and culture.

In this regard, the Minister said the administration anticipates re-activation of the Jamaica-Costa Rica Joint Commission, “as the appropriate vehicle to advance bilateral cooperation between the two countries.”

“The Government of Jamaica, through the Ministry of Industry, Investment, and Commerce, will continue to engage with the Cuban and Costa Rican governments to ensure that the commercial and bi-lateral relations are strengthened and maximized for the growth if the Jamaican economy,” Mr. Hylton stated.

Wednesday’s briefing was also attended by JAMPRO’s President, Diane Edwards, who provided an overview of the Cuba engagements.

Also attending were the Presidents of the Jamaica Chamber of Commerce (JCC), Warren McDonald, and Jamaica Exporters Association (JEA), Marjory Kennedy, who accompanied Mr. Hylton to Cuba, and who provided positive feedback from their perspectives, on the outcomes of the visit, and prospects for trade between both countries.