Jamaica Gets A Boost In PPP Rankings

Jamaica Gets A Boost In PPP Rankings 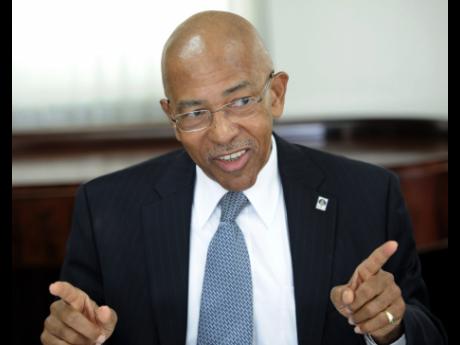 Jamaica’s outreach to investors under public-private partnerships, referred to as PPPs, is making its mark and has landed it among the top 10 markets in the Americas for infrastructure projects.

A new report released this week by the Inter-American Development Bank (IDB), which analysed PPP infrastructure projects, says that Jamaica, Paraguay, and Ecuador have demonstrated the biggest improvements in country ranking since 2012.

Jamaica climbed five places from 13 to No. 8 within that time frame.

DBJ is responsible for the gestation of PPP projects.

Reynolds said that since 2009, privatisations and PPP transactions have facilitated over US$1.1 billion in “actual and projected investments in the economy and created world-class infrastructure and award-winning operations”.

Within that time, Jamaica has done privatisations valued at US$230 million and US$920 million of PPP transactions, he said.

Jamaica’s improvement was highlighted in the report 2014 Infrascope: Evaluating the Environment for Public-Private Partnerships in Latin America and the Caribbean, which was unveiled at the PPPAmericas Conference in Punta del Este, Uruguay, on Tuesday, April 14.

The report is produced by the Economist Intelligence Unit and commissioned by the Multilateral Investment Fund (MIF), a member of the IDB Group.

The biennial publication measures the ability of 19 countries to mobilise private investment in infrastructure through PPPs.

The report asserts that the logistics business in the region suffers from poor road infrastructure and quality and that while PPPs are ideal to get such problems solved, regional governments often do not have the skills to successfully execute such transactions.

The report said private investments in infrastructure have improved generally throughout LAC, but said Chile, Brazil, Peru, Mexico and Colombia were the most welcoming countries for PPP investors.

The improvements cited in Jamaica, Paraguay, and Ecuador were linked to updated laws for PPPs and concessions, and setting up of new government agencies or specialised units within existing institutions that structure PPPs.

Chile continues to lead in PPP readiness and capacity, being at or near the top in all categories. It ranked first in the investment climate category, while Uruguay ranked second.

The IDB report found that financial facilities that support PPPs experienced the slowest rate of progress, making it difficult for projects to find financing options.

“The Jamaican programme is recognised as one of the leading PPP programmes in the Caribbean region. DBJ works closely with the promoting agencies, enterprise teams, international development partners, local stakeholders and investors to make the process transparent and fair,” he told the Financial Gleaner.

Jamaica’s most recent PPP transaction, completed this month, was the port concession agreement with Terminal Link/CMA CGM Group, which will own and operate the Kingston Container Terminal for 30 years. DBJ is now seeking takers for the international airport in Kingston.

“We expect to identify the preferred bidder for the Norman Manley International Airport by the end of financial year 2015. Both the NMIA and KCT PPP transactions are expected to produce an additional US$500m in investment in Jamaica,” said Reynolds.