The need for increasing involvement by the region’s private sector to ensure benefits from trade agreements and to influence the trade agenda of regional governments was one of the recurring themes at the recent annual Conference on the Caribbean and Central America in Miami. 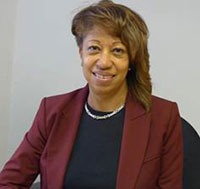 The President of Jamaica Promotions Corporation (JAMPRO), Diane Edwards, told participants at the event that CARICOM has a patchwork of trade agreements that have not served to bring the region together or resulted in intended economic gains.
She argued that the only way to revitalise some of the numerous trade accords which CARICOM negotiated but which “lie in abeyance” is for the private sector to put pressure on governments. In particular, JAMPRO head wants business leaders to press for removal of Non Tariff Barriers (NTBs) that dissuade producers in the region from taking advantage of trade accords. 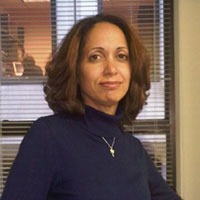 At the event organised by the Washington-based Caribbean Central American Action (CCAA), Edwards said the region still seems divided by colonial and linguistic history but region’s private sector can help to break down some of the existing barriers.
She identified freight costs as one of the biggest impediments to expanding intra-regional trade, including between CARICOM and Central America countries, citing as an example, the cost of shipping from Antigua and Barbuda to neighbouring Guadeloupe, which is twice as high as shipping from France to Guadeloupe.
In addition to the range of Non-Tariff barriers, she identified the free movement of labour and capital as well as harmonisation of fiscal policies as continuing challenges.

JAMPRO is being pro-active by aggressively pushing non-traditional exports, while at the same time, developing bilateral trading arrangements outside of the 15-nation CARICOM. Jamaica has signed off on trade accords with the Dominican Republic, Cuba and Costa Rica.
All of Jamaica’s trade missions are organised in conjunction with the private sector. “We are not there to talk but to do deals and get actual business,” Edwards commented.
“The way to strengthen trade relations with Central America is to pursue reciprocal trade fair visits, do road shows and promotional seminars.”
Edwards also believes that institutional capacity in the region needs to be strengthened and should be done through Caribbean Export and the recently resuscitated Caribbean Association of Industry and Commerce (CAIC).
She welcomed recent initiatives by the Caribbean private sector to become more involved in the region’s external trade negotiations and supported the current initiatives to strengthen hemispheric business dialogue.

More private sector involvement in next Summit of the Americas

The U.S. Chamber of Commerce is spearheading an effort to ensure there are comprehensive discussions with specific follow up sessions between the region’s governments and the private sector at the April 2015 Summit of the Americas in Panama.
The process involves developing and negotiating an agenda for one and a half days of talks between the region’s business and political leaders. That dialogue will include selected CEO’s from across the region.
Matthew Rooney, a Senior Fellow at the U.S. Chamber of Commerce in Washington, told the forum that only with a genuine partnership between governments and the private sector will the goal of stronger economic growth and greater job creation be realised.
The Chamber official noted that while there has been dialogue between governments and private sector leaders and initiatives and strategies agreed to at previous Summits, these rarely materialise as they get stymied in government bureaucracy or local politics.
The U.S. Chamber contends that it is critical that the region’s private sector be more involved in the planning process for the next Summit of the Americas and has set up a meeting with the Summit Implementation Review Group. It is proposing follow up between Governments and mandated regional business groups and leaders and updates on a quarterly basis following the Summit.

Governments encourage to pursue FDI with China
At the CCAA business forum, Caribbean governments were urged to consider pursuing Foreign Direct Investment (FDI) from China as opposed to loans, which have been secured over the past few years for large projects, especially in construction.
In a presentation titled “The Scale, Impact and Potential of China’s Investment in the Caribbean”, the former leading Caribbean trade negotiator, Ambassador Richard Bernal, proposed that one way of controlling the level of Caribbean debt to China is to shift from loans to FDI.
Dr. Bernal, Executive Director for the Caribbean at the Inter-American Development Bank, who was speaking in a private capacity, is the author of “Dragon in the Caribbean: China’s Global Re-Dimensioning – Challenges and Opportunities for the Caribbean”, launched earlier this year.
Noting that China’s investment in the region has been used mainly for the construction of public buildings, sports arenas, houses and infrastructure, the former diplomat recommended that Chinese investment be considered for projects in tourism, entertainment, health, education, real estate, manufacturing and services.
With China being one of the fastest growing tourism markets, countries like Barbados and Jamaica have begun marketing to the Chinese, who have begun investing in the tourism and hospitality sector in the region. China’s Import Export Bank has provided funding for the massive Baha Mar resort in the Bahamas, while China State Construction Engineering Corporation (CSCEC) earlier this year purchased the downtown Hilton hotel in Nassau, the capital.
Dr. Bernal also observed that there have been small Chinese investments in Jamaica in the sugar industry and in projects in Guyana and Suriname.
To attract substantial Chinese investment, according to Dr. Bernal, will require more promotional efforts by the region’s Investment Promotion Agencies (IPA’s) and initially it will be a learning experience due to language and culture considerations.
He advocated that the Caribbean take advantage of world renowned Chinese medicine by establishing centres of oriental medicine and promote these to global visitors.

Forum to connect regional and U.S. Business women to be expanded
The CCAA annual conference returned to Miami in 2014 for the first time in three years. Executive Director Sally Yearwood confirmed that based on the very positive feedback about the event, the 2015 Conference will also be held in Miami, which was the venue for many years. In the 1980’s and 1990’s, the Miami Conference was a major annual business forum, which attracted several Caribbean Heads of Government and leading private sector officials.

The 2014 conference also received a very favorable response to its Connecting Women in Business Forum and will be expanding this in the future. “This turned out to be a valuable opportunity and we want to help more women from the Caribbean and Central
America connect with U.S. business women,” the CCAA Director told me.
At the top of the CCAA’s agenda for 2015 is support for new technology in the region, especially for capacity building and training to ensure that the region has the skills to take advantage of new technology, especially in areas like energy efficiency.