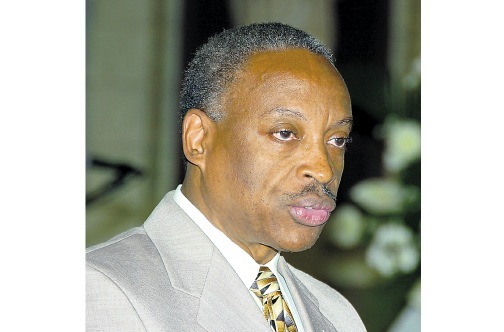 SAMUDA… our work is bearing fruit

Jamaica has recorded a sizeable increase in Foreign Direct Investment (FDI), moving from US$362 million in 2012 to over US$500 million last year, and resulting in the creation of 6,000 jobs.

Milton Samuda, chairman of Jampro, the one-stop investment clearing house, made the disclosure in a letter to the Jamaica Observer, in which he highly commended the just-concluded Observer Business Leader Awards for 2013.

Samuda also spoke with pride of Jamaica’s jump in the World Bank’s Doing Business index, noting that the country had the Caribbean’s highest ranking on the ease of doing business scale, moving to “58 out of 189 economies worldwide, or a jump of 27 from the 85 ranking last year that represented the biggest movement in the Latin American and Caribbean region during the period”.

Following is the full text of Samuda’s letter:

“I have just attended the banquet for the 18th iteration of the Jamaica Observer Business Leader Awards. The proceedings were as inspiring as last year when Jampro was itself a proud nominee. I therefore felt compelled to write, in congratulatory frame, to acknowledge the fact that Jampro views this unrivalled awards programme as a great partner in our effort to promote entrepreneurship and investment among Jamaicans.

“The awards programme is also supportive of Jampro’s efforts to promote local direct investment. We at Jampro are extremely mindful of the fact that Jamaicans must first exhibit confidence in our own future. That is why we have not only ramped up our support of the MSME sector, but also have lent increased support to big business in the push towards multinational status. Jamaica must exponentially grow the investment of Jamaicans in Jamaica as well as in overseas markets.

“We strongly believe that this approach and our move into aggressive mode, as mandated by the Hon Anthony Hylton, minister of industry, investment and commerce, have aided Jamaica’s impressive increase in Foreign Direct Investments to US$362 million in 2012 and to over US$500 million in 2013. Very importantly, the 2013 performance resulted in the creation of over 6,000 jobs.

“When one contextualises this in Jamaica’s unprecedented jump in the World Bank’s Doing Business one is convinced that our work is bearing fruit. Jamaica had the Caribbean’s highest ranking on the ease of doing business, moving to “58 out of 189 economies worldwide, a jump of 27 from the 85 ranking last year, the sharpest improvement in the Latin American and Caribbean region.

“I therefore applaud the Observer’s celebration of entrepreneurial efficiency; productivity and profitability, and assert that Jamaica must not be afraid to vigorously promote the creating of wealth, the making of robust profits and the increasing of savings and personal investment.