Time to ramp up investment promotion

Time to ramp up investment promotion 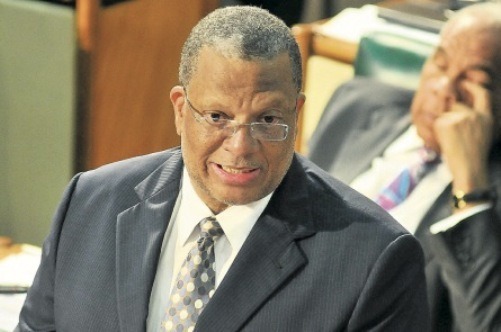 The prerequisites for raising the level of private investment, whether foreign or local, are macroeconomic stability and a business environment in which it is easy to do business.

While Jamaica still has some work to do in managing its economic problems more carefully, the country has stabilised its macroeconomic fundamentals. This does not mean that there will be no changes, but it means that change will be orderly, for example, changes in the exchange rate.

Jamaica has made significant improvements in its business environment and this has been recognised by the most recent Global Competitiveness Index. Kudos to Dr Peter Phillips, minister of finance; Anthony Hylton, minister of investment and commerce, Diane Edwards, president of Jampro and, of course, the Economic Programme Oversight Committee headed by Mr Richard Byles.

The national consensus is that Jamaica must now build on the platform of stability to achieve a higher rate of economic growth on a sustainable basis. This will involve raising the level of investment. Given the fiscal constraints faced by the Government, investment cannot be led by massive public sector ventures. Therefore, it has to come from the private sector.

Local investment is happening, but there is room for much more from the local private sector. There is a steady flow of remittance-funded investment, but that is not enough. Big projects like the logistics hub and the resurrection of bauxite, which can have a transformative impact on the growth process, will require foreign capital. It cannot be borrowed by the Government and so must come in the form of foreign direct investment (FDI).

That, we believe, can contribute to the economic growth of developing countries increasing production, export, foreign exchange, tax revenue, and employment, and by the productivity boosting spillover effects of the diffusion of technology, managerial practices and innovation spurred by integration into global value chains.

The extent to which spillovers occur depends on the development of backward and forward linkages and the domestic productivity, in particular human capital.

In a world economy undergoing rapid and comprehensive globalisation, all countries — but in particular developing countries — are competing for foreign direct investment. Jamaica is not one of the preferred destinations for FDI for a variety of reasons. However, we can attract FDI because the country does have some favourable conditions.

What is necessary now is to increase the budget for investment promotion by making more funds available to Jampro and allowing the very experienced and creative Ms Diane Edwards and her team to ramp up promotional activities. This will be money well spent, bearing in mind the business dictum: “You cannot make money if you do not spend money.”

Jampro’s efforts must be supported by the Ministry of Foreign Affairs and Foreign Trade doing much more in investment promotion. The ministry must realise that its mission is diplomatic activity in the service of promoting economic development. Diplomacy is not an end in itself, but a means to the goal of economic development. We have no doubt they are capable of this.