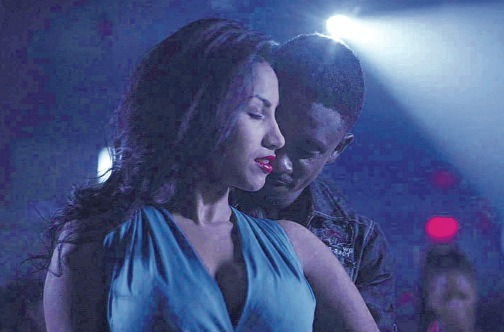 Lisa (played by Karian Sang) and Sean (played by Christopher Martin) in a scene from the movie Destiny.

JAMAICA Promotions (JAMPRO) Jamaica’s Trade and Investment Agency signed a memorandum of understanding (MOU) with the Bob Marley Foundation on Wednesday to signal both groups’ intention to partner for the Jamaica Film Festival 2015.

The move is a good one as sister company Tuff Gong International recently acquired the distribution rights for the Jeremy Whittaker-directed Destiny.

“The foundation will be promoting on all their platforms available and partnering to attract the best in the film business. They will leverage their most current involvement with Destiny to solidify their position in film – an addition to their established brand,” she told the Jamaica Observer.

In 2015 JAMPRO will be hosting their film festival for which the call for entries is now out.

According to Beckford, the union with Bob Marley Foundation will afford them the opportunity to share similar views on how the film industry can be developed.

“Using music as leverage; professional development of professionals; broadening the scope of Brand Jamaica,” she said.

Marie Bruce, General Manager, Bob Marley Group of Companies who spoke on behalf of the Foundation, signalled the team’s intention to push the Jamaican message to every corner of the globe.