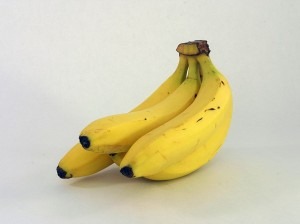 Jamaican banana grower-exporters are back in business in Britain after a long spell of absence, with relations between the two nations high on the agenda for U.K. industry body Fresh Produce Consortium (FPC), which was behind a recent deal to reignite supplies. Speaking with www.freshfruitportal.com, chief executive Nigel Jenney explains the working partnership with the Jamaican High Commission and export group JAMPRO.

British consumers no longer have to wait in vain for Jamaican bananas, with more volumes from the Caribbean nation set to soon come their way.

A few years ago a trade deal broke down between the two nation due to a series of bad weather events including hurricanes, but U.K. importers are now learning the merits of Jamaican sourcing.

Earlier this year banana shipments began and www.freshfruitportal.com understands a contract has been signed for a U.K. business to source one shipment of Jamaican bananas per week.

“One element of what we do is to help nations build trading relationships in terms of importing to the U.K. and also exporting from the U.K.,” Jenney says.

“As an organization we have what we call a guest nation every year and Jamaica is our next guest nation in February 2015.

“Regarding the increased trade with the U.K. and Jamaica, the banana deal is absolutely fantastic, but there are other things going on as well that are going to be happening over the course of the coming weeks and months.”

Earlier this month saw the launch of the ‘Eat Jamaican Month’ campaign at the Jamaican Agricultural Society in Kingston where the country’s Agricultural Ministry said it would continue to seek new exports markets through FPC.

Also, U.K. importers traveled to the Caribbean earlier in the year to meet with farmers and learn about potential sources of fresh produce.

“There is already increased trade in a range of products including things such as Scotch Bonnets (fiery peppers) for example which Jamaica is extremely famous for and there are other things about to happen in the coming weeks but unfortunately I can’t talk about anything further about those at the moment,” Jenney says.