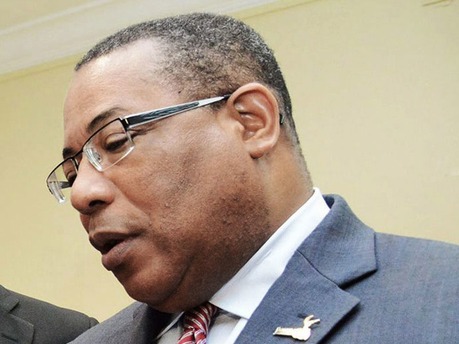 The bureaucracy hotline, launched by Minister of Industry, Investment and Commerce Anthony Hylton two years ago has died.

Launched with much fanfare in October 2012, the hotline, 1-888-redtape (1-888-733-8273), was set up to allow the investment ministry to “collect information on the challenges, bottle necks and impediments” faced by investors when they are doing business in Jamaica.

The hotline was managed by Jamaica Promotions Ltd (JAMPRO), which would take the complaints then recommend policy action to address the obstacles being faced by business persons.

However, six months after it was launched the hotline was disconnected by JAMPRO due to what it says was poor response from the public.

Vice-president of JAMPRO, Shullete Cox, told The Sunday Gleaner that in the six months of the hotline’s pilot run, a decision was made to shut it down due to the low number of calls.

“We had done a six-month pilot of the hotline and during the period we received only nine relevant calls that were relating to the difficulties being faced by investors, so the line was put out of service,” said Cox.

According to Cox, JAMPRO is mandated to regularly consult business owners and investors who are its clients regarding issues they were having with red tape.

However, with the disconnection of the hotline there is no longer a central government agency charged with collating information from investors regarding the bureaucratic obstacles they were facing.

“The bureaucracy hotline was an initiative of the Ministry of Industry, Investment and Commerce that was only monitored by JAMPRO,” said Cox. “I am not aware of any future plans to launch another mechanism from JAMPRO that would field complaints regarding government red tape.”

However, Opposition Spokes-person on Industry, Commerce and Energy Karl Samuda believes the failure of the business community to use the bureaucratic hotline is evidence of the public’s distrust of the Government’s efforts to tackle bureaucracy.

“Except for the introduction of e-payments for taxes, the daily interaction between investors and government agencies is not getting better, it is getting worse and no one seems to be responsible,” Samuda told our news team.

He pointed to Jamaica’s recent three-place drop in the 2014 Doing Business Report, which measures the ease of doing business in countries around the world, and argued that this is evidence that the economy is being strangled by red tape.

According to Samuda, there needs to be concrete action to rescue the economy.

“What the Government and the minister need to do is to eliminate this tendency he has to create talking points. Hylton needs to get on with the job of doing something in a concrete way that people can see evidence of some action taking place, all he does is come up with these hare-brained schemes and nothing follows,” charged Samuda.

The opposition spokesman argued that the Government needs to create a central authority, which would have as its main responsibility the identification and elimination of obstacles to doing business in Jamaica.

“What needs to be urgently done is to get a team together that will identify the areas that need to be corrected and where action needs to be taken, set targets and announce results instead of creating more hare-brained schemes that end up benefiting no one.”