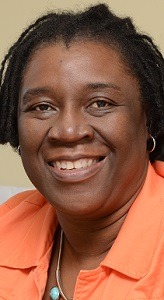 This is Beckford’s second stint with JAMPRO, having served as senior communications consultant for six years up until 2009.

“Having worked with the agency in the media department to support the film commission, I am now in a good position to get the best out of the industry at this time,” she said.

With the creative industries being identified as a key sector for economic and social development, JAMPRO hitched its wagon to the world-renowned TIFF to promote Jamaica as an attractive and idyllic low-cost destination that inspires creativity.

While Jamaica offers scenic backdrops and is encouraging film production in the country, some foreign filmmakers have encountered obstacles.

Canadians Sudz Sutherland and Jennifer Holness’ dramatic feature film, Home Again, was shot two years ago in Toronto, Trinidad & Tobago and Jamaica, which was initially targeted for the principal photography. Because of several stumbling blocks, including the lack of government support, it was largely shot in T & T where cash rebates of up to 30 per cent are offered for expenditures accrued by filmmakers while filming in the country.

Beckford said Jamaica has a lot to offer to movie producers even though its incentive program might not be competitive with other locations.

“Jamaica has a strong technical capacity and the best backdrops in the world with a diversity of locations and an extremely strong technical crew,” said Beckford, who graduated from Mico Teachers’ College with an associate’s degree in education and New York’s Mercy College with undergraduate and Master’s degrees in journalism and human resource management.

“In some of the countries that offer rebates, the product is not completed when you leave that location. When the product leaves Jamaica, it’s done because we have editing suites with strong technical crews. We are still looking at offering incentives, but with the economic challenges and the country’s dependency on the International Monetary Fund, incentives are not possible at this time.”

Jamaica has had a long and distinguished history in film, dating back to 1916 when Daughter of the Gods – a silent film featuring late Aussie swimmer/actress Annette Kellerman in the first-ever complete nude scene by a major star – became one of Hollywood’s first movies shot outside the United States. A 10-minute scene of Tom Cruise and Cameron Diaz’s action adventure thriller, Knight & Day, was shot in Jamaica.

The list of popular movies filmed in Jamaica includes The Mighty Quinn, Marked for Death, Live and Let Die and Cool Runnings.

Jamaica will stage its first international film festival from July 7-11 next year in Kingston.

“We will profile our work and invite international partners to this event,” said Beckford. In its much anticipated return to Toronto, the NDTC will pay tribute to its late co-founder and artistic director, Rex Nettleford, at the November 4 performance. Nettleford, who passed away on the eve of his 77th birthday four years ago, dedicated much of his life to the University of the West Indies, with which he was associated for six decades and the NDTC, which he co-founded with Eddie Thomas in 1962.

Funds accrued from the company’s Toronto show will help two Jamaican students enrol in the Jamaica School of Dance. Prior to re-joining JAMPRO, Beckford was Usain Bolt’s publicist for four years.

“Having been a journalist for over 20 years, it was a challenge as my focus was now on one subject,” she said of her association with the world’s fastest man. “It was easy in the countries where he was well recognized, but a bit challenging in those where he was not. But Usain produces enough to be able to market. He’s a good package to sell as he’s loved. I was however on the road with him for extended periods and it was just time for me to move on to something else.”

A communications specialist for the last 16 years, Beckford co-founded The Business of Sport, a concept and formula for building and enhancing the sport industry in Jamaica and the Caribbean.

She is also a special assistant to West Indies Cricket Board president, Dave Cameron.

“I work directly with the president and handle his meetings while positioning him strategically,” Beckford said of that role.