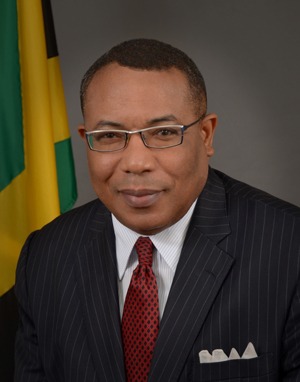 JAMAICA’S INDUSTRY Minister Anthony Hylton is predicting that the major indices which measure the country’s efficiency at enhancing its business environment will gradually climb as a result of efforts at infrastructural and fiscal improvement on the island.

“If you look at all three of those indices and you read them, there is a coherent and a clear story there to be told and the story is that while the numbers indicate that we are in the right direction in creating the logistics-centred economy, it says the pace of reform needs to be speeded up,” Hylton said.

Jamaica is ranked 94th out of 189 countries on the 2014 Doing Business Report. The position mirrors that of 2012, and is the lowest in five years. In 2010, Jamaica ranked 75th and by 2013 had slipped to 90th. The Doing Business Report serves as a measurement of various regulations, such as starting a business, dealing with construction permits, access to credit, protecting investors, paying taxes, trading across border, enforcing contracts and closing a business.

In the last report, Jamaica received a positive mark in the category of starting a business for enabling the Companies Office of Jamaica to stamp the new company’s articles of incorporation at registration. The country also got the thumbs up in the area of getting credit, with the World Bank pointing to an improved credit information system by creating a legal and regulatory framework for private credit bureaus.

The report also said Jamaica made paying taxes less costly for companies by reducing the corporate income tax rate – though it also increased vehicle and asset taxes, but has made the registering of property more difficult by increasing the transfer tax and the stamp duty. Like the Doing Business Report, the World Economic Forum’s Global Competitive-ness Index features the examination of various indicators, such as education and training, the adherence to the rule of law, and the country’s fiscal environment. Jamaica has moved up eight places on the Global Competitiveness Index and is now ranked 86th out of 144 countries for 2014-15.

The country was ranked 94 out of 148 countries in the 2013 to 2014 report and 97 out of 144 the previous year. Diane Edwards, JAMPRO’s head, said that while Jamaica has generally slipped in these rankings over the last decade or so, the country’s nominal performance in recent years has actually improved. She said that, earlier this year, the National Competitiveness Council (NCC) aligned its work to improve Jamaica’s performance on three global benchmarking reports – the Global Competitiveness Report, the Logistics Performance Index and the Doing Business Report.

“Previously, the focus was solely on the Doing Business Report. Given its overarching mandate to transform Jamaica’s business environment and to create an efficient, business supporting machinery, the operating ethos of the NCC is to directly interact with the local business community, including overseas investors, with a view to developing broad-based policy and legislation, as well as tactical policy actions to reduce the roadblocks to business activity in the country,” Edwards said.

The Logistics Performance Index 2014 holds the most favourable ranking for Jamaica. The country sits at 70 among 166 countries. Earlier reports ranked Jamaica at 124 in 2012, 108 in 2010, and 118 in 2007. The Logistics Performance Index measures factors such as ease of dealing with customs, infrastructure, international shipments, logistics and tracking, and tracing containers.

The rankings have been published every two years since 2007. “I have analysed not just one but three different sets of indices. You have to link all three indices,” said Hylton, while stressing the need to improve the ease and speed of doing business for the logistics-centred economy, at the centre of which is the logistics hub.

In addition to shipping and related activities, Hylton said information communication technology is a critical plank of positioning Jamaica as a logistics-centred economy. Jamaica is currently engaged in a four-year extended fund facility with the International Monetary Fund (IMF) which aims, among other things, to improve the country’s competitiveness.