FDI Recovery Is On!

FDI Recovery Is On! 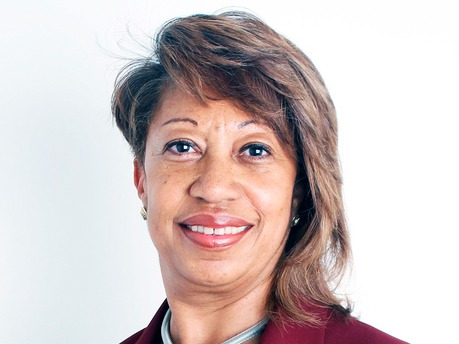 At the end of June, in the wake of the momentous visit of the managing director of the International Monetary Fund (IMF), and the many hours and column inches of reportage dedicated to Brazil’s lacklustre performance in World Cup 2014, the news of the significant bounce in Jamaica’s foreign direct investments (FDI) inflows, as contained in the 2014 UN Conference on Trade and Development (UNCTAD) World Investment Report, received minimal media coverage.

Now with the ‘Lagardian’ euphoria and World Cup football receding in our collective memories, the point needs to be made that Jamaica is now at an inflection point in attracting and winning more FDI into our economy. After feverish JAMPRO efforts to promote and sell Jamaica’s business attributes in the midst of a global recession that decimated the economies of a number of developed countries, JAMPRO can report that Jamaica is firmly back on the road to FDI recovery.

For the first time since the start of the global recession in 2008, Jamaica recorded more than US$567 million in FDI inflows in 2013, up from just US$218 million just two years prior.

On the eve of the global economic meltdown, FDI stock in Jamaica had accumulated to well over US$5 billion, surging during the heady years of the Spanish hotel investments between 1998 and 2005, and a major global acquisition in 2008. Then came the tsunami-like conditions that dried up global investment capital, bringing both foreign and local direct investment projects to a grinding halt, plunging the global investment community into a vortex of uncertainty.

The recovery being witnessed is in part buoyed by a few visionary Jamaican entrepreneurs who, even in the midst of adversity, chose to see the glass half- full, and were able to seize the moment. Nowhere has this been more evident than in the case of the business process outsourcing (BPO) industry, which has been a winner for Jamaica. Over the last decade, our blue-chip BPO industry has mushroomed to more than 14,000 workers, growing at a pace of over 10 per cent in the past three years.

This industry has thrived in the darkest periods of the recession, as mainly US companies have continued to outsource functions such as accounting, customer service, technical support, web chat and sales and marketing to more cost-effective English-speaking destinations like Jamaica. Especially important and significant has been the number of home-grown businesses benefiting from this industry, such as outsourcing companies e-Services (which sold for US$85 million in 2009), Fullgram and Island Outsourcing and developers such as Barnett Estates in Montego Bay.

The outlook remains extremely exciting, as the Government continues to give significant support through the Development Bank of Jamaica, ICT Infrastructure Loan Facility, and HEART and working closely with the private- sector-led Business Process Industry Association of Jamaica.

Allied to this are the significant investments in Jamaica’s tourism industry by foreign and local investors. Major acquisitions and refurbishments by new brands entering the market such as the Royalton (Sun Wing) and Sensatori (Charisma) have meant a renewal of the existing product. Additionally, there have also been greenfield investments in the case of Riu Palace in Montego Bay and the Courtyard Marriott in Kingston. Two of the peripheral impacts of these investments are the geographical dispersion of jobs created as well as the broad spectrum of skilled jobs, including construction, housekeeping and management positions.

In the face of these positive developments, we are collectively challenged as a country to move beyond BPO and tourism, and to win investments in other vital areas such as agriculture, manufacturing and the creative industries. On JAMPRO’s investment and business radar are some exciting industries that we are seeking to develop, namely: logistics, health and wellness tourism, industrial hemp, nutraceuticals, and animation.

Exploiting the opportunities in these emerging industries will help to improve on the 16% increase in FDI that Jamaica experienced in 2013, especially in light of UNCTAD’s projections that global FDI flows could rise by a further 10% to $1.6 trillion by 2016.

Based on the recovery trend, JAMPRO will be taking on new initiatives in packaging and marketing investment projects to local and international investors alike, leveraging the country’s growing global business appeal. We are counting on the local private sector to become JAMPRO’s partners as ambassadors in selling Jamaica as a business location, as well as in investing in the country. We are also working with our portfolio ministry and Minister Anthony Hylton to ensure that entrepreneurs have a friendly and predictable business environment to start and grow their enterprises.