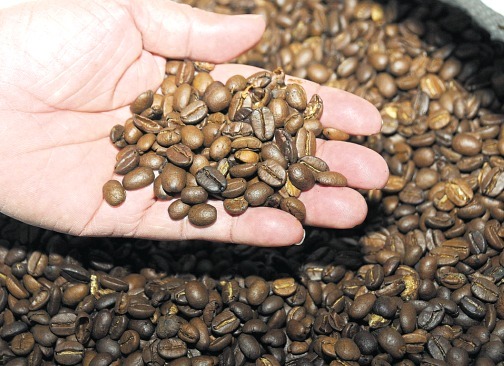 JAMAICA coffee prices are set for another round of double-digit increases based on heightened demand and production shortages, according to the Jamaica Coffee Exporters Association (JCEA).

Expect the supply of coffee to meet demand in about three years.

“The shortage of Jamaican coffee caused by the drop in production has increased demand, and accordingly the price of cherry coffee at farm gate has risen significantly over the past few months by as much as 50 per cent,” said John Minott, chairman of the Jamaica Coffee Exporters Association (JCEA) in a release on Wednesday. “It is therefore expected that due to these increased costs the price of both green and roasted coffee products will increase accordingly. We therefore wish to sensitise the public of this pending increase and to ask you to continue to support our industry as we strive to get back to normality.”

He later told the Observer that individual dealers will increase prices according to costs incurred. Jamaica Blue Mountain coffee currently retails between $2,000 and $4,000 per pound (depending on the brand) up from half that amount a year earlier. Supermarkets are now offering smaller portions including two-ounce (oz) and four oz bags in an attempt to ameliorate the impact.

Coffee production has dropped to a “30-year all-time low” due to the fungal disease ‘Leaf Rust’ as well as the pest ‘Berry Borer’. However, many farmers new and old are currently replanting and resuscitating fields, based on the rapid rise in price in a box of coffee cherry to over $5,000.

“Based on coffee being a long- term crop, it will not normalise for another two to three years, but each year it should improve, barring any unforeseen circumstances,” said Minott. “In fact, I think the industry is poised for growth as many farmers are encouraged to replant.”

The JCGA expects the 2013/14 coffee crop to decline 40 per cent year on year. The JCGA in a February retreat urged Minister of Agriculture Roger Clarke to allow increased coffee imports in order to fullfil demand mainly for the hotel sector.

Coffee imports totalled some US$1.78 million in 2012, up some 23 per cent since 2008, according to data from the International Trade Centre (ITC), a joint agency of the World Trade Organisation and the United Nations.

Concurrently, exports dipped by double-digit levels to some US$17.3 million in 2012, according to the latest Bank of Jamaica data. The crop traditionally earned about US$25 million annually up to the onset of the financial crisis.

Jamaica Blue Mountain and Jamaica High Mountain coffee production is expected to dip towards 130,000 boxes and 31,000 boxes respectively for the ensuing 2013/14 crop, said Minott at the retreat.