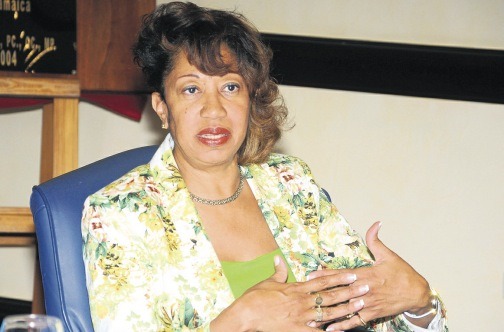 TRADE show EXPO Jamaica has added matchmaking software to this year’s event, which features an electronic registration that can schedule business meetings in advance.

Exhibitors upload their company profile and information on their product offerings, while buyers are given a code to view the profiles of the exhibitors.

“This will enable the buyers to set up their meetings way in advance, rather than during the EXPO when there are hundreds of buyers. This new feature will reduce the likelihood of clashes with meetings,” said Aswad Morgan, co-chair of EXPO Jamaica.

He added that the software is vital to any trade show and it will give all the participants an open view of the show.

Moreover, the software will assist the stakeholders of EXPO Jamaica to facilitate interaction after the event.

“It has a purpose beyond the expo. There is data that we can continue to mine, we can continue to facilitate interaction between Jamaican producers and buyers as well as with other interested parties,” said Berletta Henlon Forrester, manager, market development at Jampro, who is responsible for buyer recruitment at EXPO Jamaica. It will also show the levels of interest of buyers who have signed up for the show.

Morgan pointed out that the organisers of the expo have been working to improve the quality, from an operational standpoint, aesthetics, and number of buyers and consumers the show attracts.

“We at EXPO Jamaica 2014 have been meeting for just about a year to plan the event. The big focus for us is to present a perfect platform for buyers to meet sellers,” said Morgan.

Booths for the trade show, to be held April 3 to 6, have already been sold out and a total of 448 buyers have registered with the EXPO Committee, including 293 foreign buyers from 28 countries as well as 255 local buyers.

EXPO Jamaica brings a focus on its participants and ensures that they present their products to the world. But it has a space for suppliers to showcase their goods to local companies, who are not fully aware of what is available locally, according to Diane Edwards, president of Jampro.

The partnership of the Jamaica Exporters Association (JEA), Jamaica Manufacturers Association (JMA), the Rural Development Authority (RADA) and Jampro for the trade show speaks to the need to galvanise the productive capacity of Jamaica, Edwards noted.

On the export side, one of the new groups that the expo has been able to attract is the PetroCaribe Group from Venezuela, which will send a mission to the expo to look at the products Jamaica can offer under the trade compensation mechanism, Edwards told journalists at the Jamaica Observer Monday Exchange.

A group of business people from the Czech Republic who typically vacation on the island has also requested to be registered.

“So we are looking to a group like that to spread the word to non-traditional markets in Europe,” Edwards said.

More specifically, 86 buyers have been confirmed from the US, 18 from the UK and 11 from Canada. The Caribbean Export Development Agency has provided funding for 15 buyers from the Dominican Republic and 6 from Europe, she added.

Dubbed by the organisers as ‘The Business Hub of the Caribbean’, the trade show will also feature a farmers market where 150,000 pounds of fresh produce is expected to be available.

Marjory Kennedy, president of the JEA, pointed out that the association ensures that its members’ products are up to world standards.

There will be an ‘Experience Jamaica’ forum which will be held in collaboration with the Jamaica Tourist Board (JTB), where the agency will showcase tourism offerings of the country.

A linkages committee has been formed comprising the JTB, the manufacturing and agriculture sectors, because there is real opportunity for the tourism sector to buy more from Jamaica, according to Brian Pengelley, president of the JMA.

“The numbers we have at this point indicate that it is about 50 per cent leakages through that industry purchasing outside of Jamaica. How do we convert that into local purchase?” he asked. Adding that the minister of tourism took the initiative and formed the committee and the JMA is seeing more local companies getting more contracts.

The event has been showcasing Jamaican products to international and local buyers over the last four decades.

According to the organisers, the show has progressively evolved and grown and is now the premier trade exposition for authentic, high-quality products and services from Jamaica.