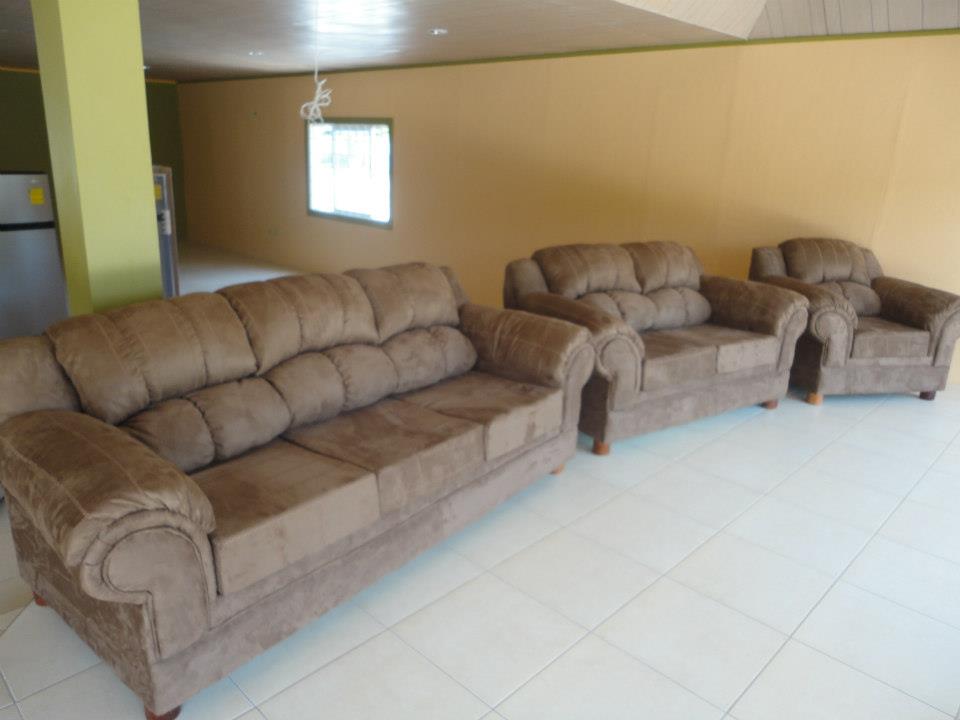 Today, businessman Donovan Carter hopes to take his Unique Upholstering brand located in Spanish Town, St. Catherine beyond Jamaica’s shores, but right now he is doing everything to get a larger share of the furniture market.

Carter, who has been in the industry for as long as he can remember, said he got a foothold after leaving Bridgeport High School and getting a job at a factory in Downtown Kingston making dressers and other furniture.

That experience has broadened his love for teaching the trade, which he continues, seeing some of his students moving on to start their own businesses.

In the early nineties, after a few years working at a well known company, a friend who had secured a contract with a new client in New Kingston came to him with a proposal to start a company together.

“He wanted to migrate and he saw the potential in me- to leave me in charge. His plan was to get the company up and running and leave,” said Carter.

The company – Upholstery Generals- became a reality with a $100 investment each from six friends.

However, it dwindled to three after the others lost interest. Financial challenges soon saw the other two moving on – one migrating and the other returning to St Ann.

Carter then took up the challenge to soldier on under a new name– Unique Upholstering.

“It was hard getting off the ground. Getting a loan was hard. But thank God a microfinancing institution took a chance on me and with a contract from a major client in hand, my dream was finally a reality,” he said.

Now employing 16 workers, Carter’s dream is to increase that number to 100, but he said access to the right kinds of financing is his biggest hindrance to achieving that goal.

Carter decided to relocate to Spanish Town, where Unique Upholstery now mainly produces living room sets, furniture for restaurants, clubs and bars. Carter’s ultimate dream is to get his products to international markets.

He said he has plans to add household furniture to his catalogue but those dreams have to be put on hold for a while until he can invest in the kind of tools he will need to make it happen.

“We have some great furniture makers here and I do believe we can hold our own on any level.”